The Hall of Famer is in "great spirits" as he receives treatment from specialists in Atlanta, NBA says 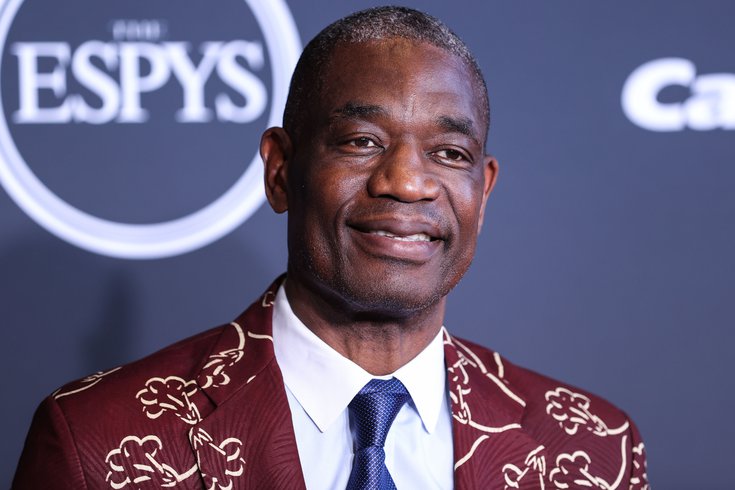 Dikembe Mutombo, a basketball Hall of Famer and former Sixer, is undergoing treatment for a brain tumor in Atlanta, according to a statement issued by the NBA.

Basketball Hall of Famer and former Sixer Dikembe Mutombo is undergoing treatment for a brain tumor.

Mutombo is receiving care from a team of specialists in Atlanta and is in "great spirits," NBA announced in a statement on behalf of Mutombo and his family.

MORE: Kevin Hart mourns death of father, having forgiven his troubled past

"Dikembe and his family ask for privacy during this time so they can focus on his care," the statement reads. "They are grateful for your prayers and good wishes.”

The NBA issued today the following statement on behalf of Dikembe Mutombo and his family. pic.twitter.com/ZkuqwwUFVG

The 7-foot-2 Congolese-American was the league's top defensive player four times, earned three All-NBA selections and played in eight All-Star Games throughout his career. He also ranks 17th in rebounds, and finished with the second-most career blocks. He was inducted into the Naismith Memorial Basketball Hall of Fame in 2015.

While Mutombo is best known for his time with the Atlanta Hawks, he is beloved in Philadelphia for adding imposing size and a mean hook shot to the 2000-2001 Sixers team that reached the NBA Finals behind Allen Iverson in his MVP prime. Mutombo's signature move was a playful wag of his right index finger following blocks.

Outside of his illustrious basketball career, Mutombo, who speaks nine languages, has been very involved in working for charitable and humanitarian causes. He has served as an NBA Global Ambassador, helping to develop the Basketball Africa League, which just completed its second season.

Mutombo founded the Dikembe Mutombo Foundation in 1997, which focuses on improving health, education and quality of life for the people in his home country of the Congo, and he has served on the boards of organizations like Special Olympics International, the CDC Foundation and the National Board for the U.S. Fund for UNICEF.

He has also provided entertaining content on social media over the past few years. Last April, a photo went viral of Mutombo towering over Seattle Seahawks wide receiver D.K. Metcalf. In 2016, he seemingly predicted the Sixers winning the draft lottery, posting a congratulatory Tweet hours before it happened.