'We decided that we had to take action' 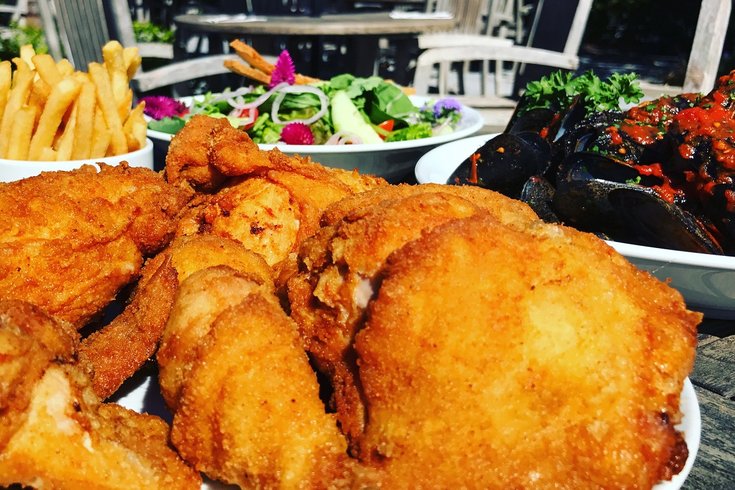 Fried chicken at The Pineville Tavern.

The Pineville Fishtown and the original, historic Pineville Tavern in Bucks County are both offering complimentary fried chicken dinners to federal employees affected by the partial government shutdown.

The offer (dine-in only) is available for the duration of the shutdown, which reached day 21 Friday and is now tied for longest in U.S. history. Federal workers can also take advantage of the offer as often as they would like.

"When we saw the news that federal employees wouldn’t be receiving their paychecks today, we decided that we had to take action to help the local park rangers, postal employees, TSA officers and other U.S. government personnel who need help making ends meet during this crisis," said Drew Abruzzese, who owns the restaurants with his father, Andrew Abruzzese.

Federal employees should show their government ID to Pineville servers or bartenders upon arrival, and any fried chicken (including chicken tenders for kids) will be omitted from their check. Soft drinks will be complimentary, too.

Drew considers the pickle-brined fried chicken on the menu the ultimate comfort food.

"Most Americans can't imagine missing a paycheck, and we’ve decided to do this as long as hard-working U.S. government employees need our help," said Andrew.