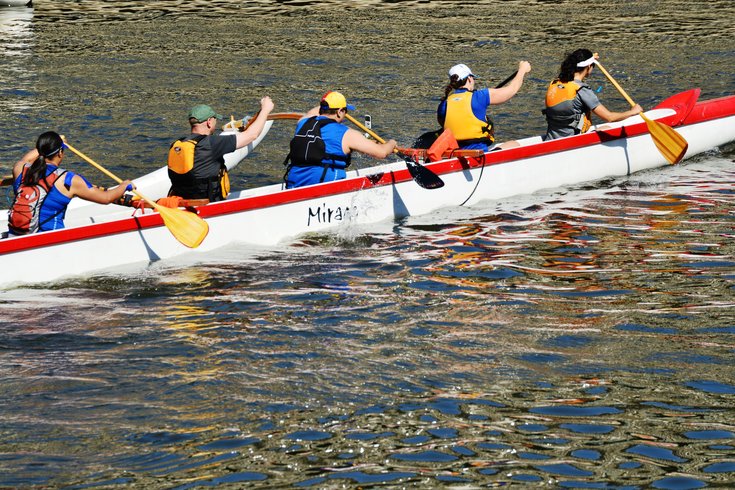 Independence Seaport Museum hosts opportunities to connect with the waterfront at the Delaware River.

Independence Seaport Museum has announced that Walnut2Walnut, a day filled with adventures on land and water, will take place Saturday, Sept. 19. The event will include a two-river regatta and a citywide scavenger hunt. Just a week before we're all trapped in the city thanks to the pope, the Museum is providing us with a great way to stretch our legs and connect with both our rivers.

The regatta will be a boat race open to all human-powered boats. Racers will begin the 15.26-mile race at the Schuylkill Banks at Walnut Street, where they will make their way down the Schuylkill River. When they hit the Delaware, they will turn north, landing at the Seaport Museum for the finish line. Prizes will be awarded, and those without a boat can rent one from Hidden River Outfitters.

The scavenger hunt will also begin at the Schuylkill Banks. Groups of two or four participants ages 21 and older will compete to solve maritime-themed challenges all over the city in a race to the finish line. The thing is, they can only walk, run or use public transit to move around the city. (Participants will be given SEPTA day passes.) The first three teams to complete the challenges and get to the Museum finish line will receive prizes; prizes will also be given to teams with the best Facebook post, best tweet and best team costume.

Both events begin at Walnut at the Schuylkill and end at Walnut along the Delaware, hence the title. Walnut2Walnut partners include Schuylkill Banks, Schuylkill Navy, Bartram’s Gardens and Fairmount Waterworks. Proceeds will go toward providing on-the-water learning opportunities to local students and the Museum's ecology education efforts.

PhillyVoice readers will get an exclusive discount on both events. Use discount code PhillyVoice15 to receive $10 off per registrant through September 12, even after early-bird pricing ends August 15.