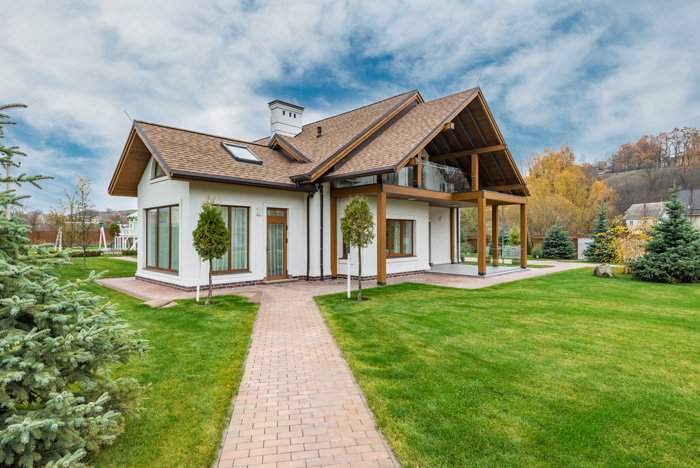 Watching the appreciation of home prices during the first two years of the COVID-19 pandemic sometimes left the impression that “down” was no longer a direction the U.S. housing market could go.

But more than eight months into 2022, actions taken by the Federal Reserve to cool inflation have had a marked effect on the housing market. Rising interest rates have softened demand for homes that have become too expensive for many buyers. It’s a hit to home affordability in the short-run, ideally, with the hope that home price increases can be set on a more sustainable course long-term.

How well policymakers are walking this tightrope is a matter of debate, leaving many to question whether the housing market will continue to flatten or eventually collapse.

This week, Bloomberg reported that home values nationally rose a seasonally adjusted 0.7% from June to July. On an annualized basis, that would translate to 8.5% home price appreciation. In mid-2021, the pace of home value appreciation was around 25%, while in a typical year that figure falls between 4-5%.

That range leaves a lot of room for different outcomes in the months ahead. What happens after the rate returns to about 5%? Per Bloomberg:

“Ultimately, that all depends on the evolution of inflation broadly; the Fed’s determination to push interest rates higher; and whether policy makers end up driving up unemployment in the process. The odds of a positive outcome look marginally better in the light of recent data.”

The consumer price index, which doesn’t directly incorporate housing, appeared last week to show signs of easing inflation. Price volatility in energy and food markets plays a major part in assessments of how inflation will impact home prices, but it’s also true that flattening the growth of home prices will reduce adjusted measures of inflation.

While the Bloomberg report cautioned that a month of positive data isn’t enough to feel confident in a trend, it does show that the economy is responding as intended to some of the Fed’s interventions. Since home supply was already low during the pandemic, low inventory in many parts of the country has kept home prices from collapsing.

Balancing the need for more homes with the goal of keeping prices in check is part of the Fed’s larger challenge. In August, for the first time since early in the pandemic, the National Association of Home Builders/Wells Fargo Housing Market Index fell into what’s considered negative territory for builder sentiment, CNBC reported.

“Tighter monetary policy from the Federal Reserve and persistently elevated construction costs have brought on a housing recession,” NAHB Chief Economist Robert Dietz said, adding that the total volume of single-family starts will decline in 2022 for the first time since 2011.

Despite the gloomy outlook from builders, existing homeowners appear to be investing heavily in their properties. The Home Depot reported record sales this week as homeowners pour resources into remodeling, repairing and renovating their properties, CNN reported.

“With people spending more time in their homes, so repair and remodel, demand is going to increase from wear and tear,” said Home Depot CEO and president Ted Decker. “You’re going to want more space and just improvements in the home because you’re there more often.”

Much of what’s in store for the housing market will depend on how well the U.S. can contain inflation, which makes forecasting trickier as we approach more of a pre-pandemic baseline in residential real estate. For now, there’s reason to be cautiously optimistic that policymakers are on the right track.