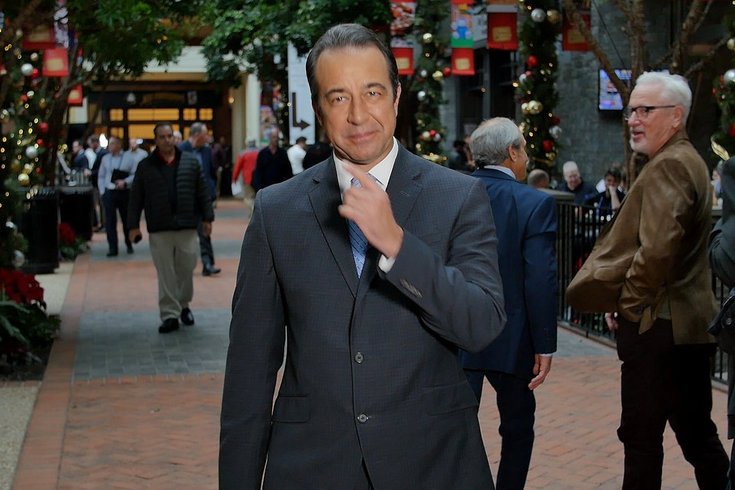 The son of legendary Phillies broadcaster Harry Kalas will follow his father's footsteps as an everyday play-by-play announcer for a Major League Baseball team — not the Phillies, though.

Todd Kalas (not be confused with Harry's professional poker-playing, opera-singing son Kane) will be making the call for Houston Astros games this season.

Previously, Todd Kalas was part of the Tampa Bay Rays broadcast team, serving as pregame host and in-game reporter. He got to work the 2008 World Series between the Phillies and Rays along with his dad, who passed away in 2009.

Todd Kalas, who was born in Houston as his father, the late Hall of Fame announcer Harry Kalas, was beginning his storied big league broadcasting career with the Astros in the mid-1960s, will return to his birthplace as the Astros' new play by play announcer on Root Sport Southwest.

Kalas had worked on TB Rays’ broadcast team since ‘98. He was born in Houston, where his father, the late Harry Kalas, got his start in 1965

For Phillies fans wondering if Todd Kalas has the same golden voice his late dad had, here's a sample of Todd's play-by-play work as a fill-in during his time working with the Rays:

The Phillies broadcast team, meanwhile, has undergone some changes, as well, for the upcoming season. Former Phils outfielder John Kruk, who previously was an analyst for ESPN, will join Tom McCarthy in the booth, along with color analyst Ben Davis, home weekend analyst Mike Schmidt and reporter Gregg Murphy.