Joel Embiid needs help hooking up with his 'famous' crush 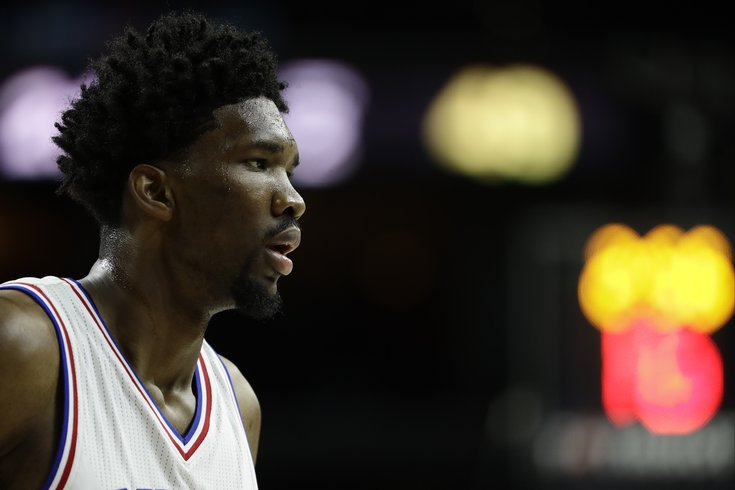 The Philadelphia 76ers' Joel Embiid in action during an NBA game against the Brooklyn Nets, Sunday, Dec. 18, 2016, in Philadelphia.

If you're a Sixers fan, you should already be casting ballots for Joel Embiid to go to the 2017 NBA All-Star Game: The young center is putting up 18 points, 7 rebounds and 2.5 blocks per game despite averaging only about 24 minutes a game this season.

RELATED: Joel Embiid officially applied for a trademark for 'The Process' in order to sell Shirley Temples

But there's another reason you should vote for Embiid to be the first Sixer to be an All-Star since the 2012-13 season. Embiid tweeted two years ago about an unidentified "famous girl" he was "trying to get with." According to him, the woman told him to try again when he was an All-Star.

This is the truth... I was trying to get with this famous girl and she said " Come back when you're a All Star" bruhh pic.twitter.com/CFBnRqnKMA

On Wednesday night, Embiid retweeted that tweet, adding that this was his chance to be with his "crush."

There is my chance to finally be with my CRUSH so i need your help y'all ha..... Joel Embiid #NBAVote https://t.co/lzxoKq2n10

Who is Embiid trying to court? It could be Rihanna, whom Embiid has admired on Twitter in the past and supposedly met on one occasion.

You're BAE for real... Great seeing you last night😍😍😍 @rihanna

Yeah, it's probably Rihanna. You can vote for Embiid here or by tweeting his name with the hashtag #NBAVote.