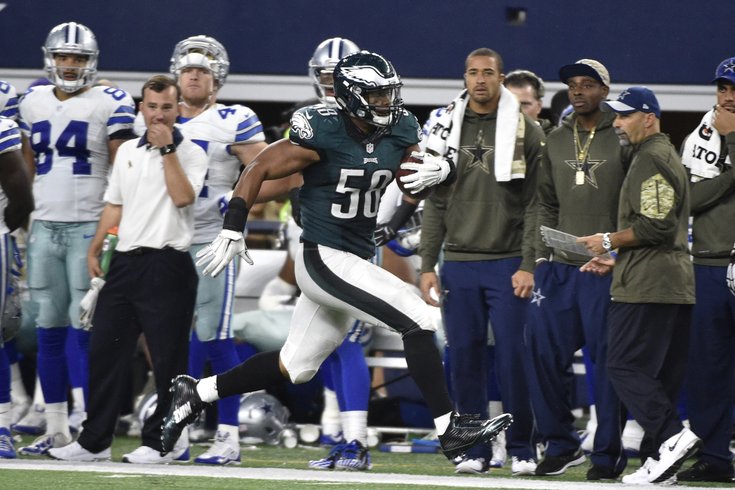 Jordan Hicks' impact was felt in a major way in the games he played in this season.

Well so much for Jordan Hicks being the Defensive Rookie of the Year. After earlier reports today that Hicks would only be out two to four weeks, Jay Glazer of FOX Sports is reporting that Hicks is going on season-ending injured reserve with a torn pectoral muscle.

Tough blow to Eagles, they are putting Jordan Hicks on IR w torn pec. He was balling!!!

This is a tremendous blow for Hicks, who was having a Pro Bowl-worthy season as a rookie third round draft pick. If there's a position where the Eagles can afford to lose a good player due to injury, it's at ILB, where the Eagles have several starting-worthy players in Mychal Kendricks, DeMeco Ryans and Kiko Alonso.

Hicks' season in roughly 6.5 games: 50 tackles, one sack, one forced fumble, three fumble recoveries, two interceptions, a pick-six, and three pass breakups. The Eagles will miss Hicks the rest of the way, but they have his clear talent to look forward to for the foreseeable future.