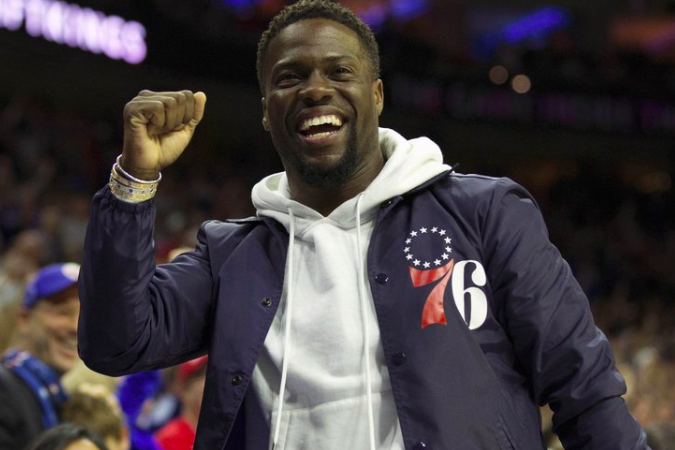 A South Jersey doctor working on the front lines of the coronavirus pandemic won a walk-on role in an upcoming Kevin Hart movie as part of the All-In Challenge.

A South Jersey doctor working the front lines of the coronavirus pandemic will have a walk-on role in an upcoming Kevin Hart film after winning the comedian's All-In Challenge.

Henry Law, an anesthesiologist from Cherry Hill, won the "Be A Movie Star with Kevin Hart Experience" sweepstakes. It was among dozens of contests hosted by the All-In Challenge, a fundraiser aimed at providing food to people in need during the COVID-19 crisis.

More than 37,000 people donated money for the chance to be on the set with Hart. In a video call with an All-In Challenge representative, Law described how the fundraiser's mission resonated with him.

"When I go to work, it's hard to see patients that are scared and I'm the guy that's, a lot of times, the last person they talk to and see before they get intubated and that's heartbreaking at work," Law said on the call, which Hart posted to Instagram. "Then coming back home, it's hard to see so many people losing jobs and unemployed and because of that struggling to have sufficient food for their family."

Hart then hopped on the call to inform Law that he had won the sweepstakes.

"You're going to be the next Lenny Bruce, the next Denzel, the next Macaulay Culkin," the Philly native said. "Who knows, man. This is huge, Henry."

Without missing a beat, Law responded, "The next Ken Jeong."

Law's role will include delivering a line on camera. On the day of filming, he will have an assistant, a trailer and a car service to transport him to the set. And he will be put up in a five-star hotel.

Not only is Law a big Kevin Hart fan, but he's a big 76ers fan, too. Sixers limited partner Michael Rubin, who founded Fantatics, the group that runs the All-In Challenge, also appeared on the call.

“When I heard that a Sixers fan from Philly – Cherry Hill – who is on the front lines, I’m like get me on the line with this guy right now,” Rubin said. “I’m so excited for you. Kevin is so excited to have you.”

More than $42 million has been raised through the various sweepstakes hosted by the All-In Challenge.