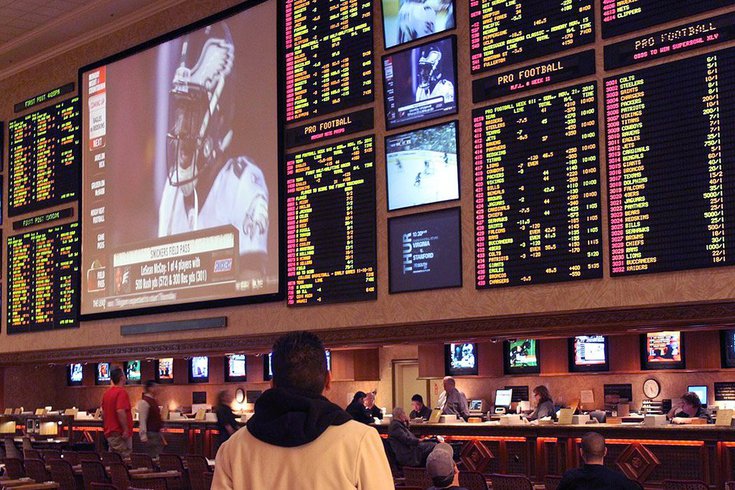 Las Vegas is an important town, it seems, in the midst of Bryce Harper's continued free agency.

For one, it's the slugger's hometown, and where Phillies brass met with him weeks ago to discuss playing in Philadelphia — a meeting that by all accounts went very well.

It's also the site of where one of yesterday's biggest unfounded rumors began, when bettors reported that Bryce Harper prop bets were oddly taken off the board at sportbooks and casinos. It was later clear up that prop bets on a single player and his possible new teams are not given and are illegal to bet on in official books.

But Las Vegas still found a way to play a role as the Harper non-saga took an odd turn Tuesday as rumors swirled all day before it was clear there would be no announcement made. The Phillies are skyrocketing up World Series odds boards.

In just one example above, the Phils who had just 80 wins last year, are tied for fourth best odds to win it all. DraftKings' sportsbook as them as an even better +1100 contender to win it all.

Not all sports books have changed their tune, as some have the Phils back in the middle of the pack at closer to the +1700 odds they held for most of the offseason.

Yes, the club did add Jean Segura via trade, and Andrew McCutchen and David Robertson via free agency, but is that enough to put them in the upper echelon of contenders?

Clearly, whomever makes those odds shares the purview of most Phillies fans here on the east coast — that Harper or Manny Machado will be on the Phils roster sooner or later.

As we always do, here's our live stream/open thread to follow as free agency continues: