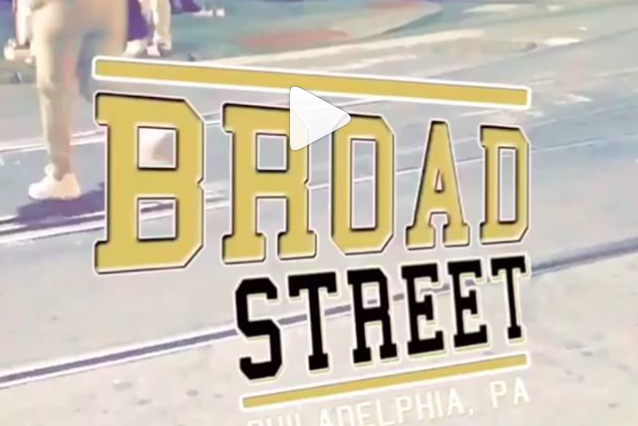 Video posted by The Game claims he's enter Max's on Broad Street. It seems like this video was doctored.

A good rap battle is hard to find. The majority involve disputes that are either too serious to be casually encouraging (Pac and Biggie) or too incredibly stupid to recommend understanding.

This one hits home.

Philadelphia's own Meek Mill, who's been stuck on house arrest since last year's lengthy spat with Drake, is suddenly at it again with The Game, a West Coast star who's also no stranger to hip-hop feuds.

Are these grown men fighting about the merits of their artistry? No. Not even close. They're at war over an alleged cheesesteak stop The Game claims he made at Max's in North Philadelphia.

This is considered a big deal because it would imply that The Game swooped into Meek's territory for a bite of his hometown Philly cuisine. Max's, by the way, is balling because of its recent appearance in "Creed," although the shop has found itself struggling to convert that fame into fortune.

Last week, The Game is believed to have stopped by Geno's Steaks, the sort of tourist magnet you'd expect Donald Trump to hit up. Hoping to find a place with a little more underground cred, The Game received advice to check out Max's at 3653 Germantown Avenue. To prove that he made it there, he posted a picture of his sloppy meal on Instagram.

When Meek Mill's crew in North Philly saw the post, they decided to stop by Max's to verify whether The Game was in fact a patron that night. TMZ edited a video of two Max's employees suggesting The Game was never there, although they both appear to have no idea who The Game is and even less interest in figuring it out.

There were several younger female employees who spoke to Meek's people and emphatically denied that The Game was ever there. We can't include these posts here because the language is too extreme, but if you need to see them, Hot New Hip Hop has all the evidence neatly assembled for you.

After these revelations, and possibly to save face, The Game posted a video from the exterior Max's that would chronologically have occurred before he got the cheesesteak in the post up top. One really questions why such a video would ever have been made if not to be posted online before the consumption of a cheesesteak.

Regardless, Meek Mill has strongly suggested the video was is a fraud that uses a dubbed voiceover on someone else's footage.

Verdict: a much-needed "W" for Meek.