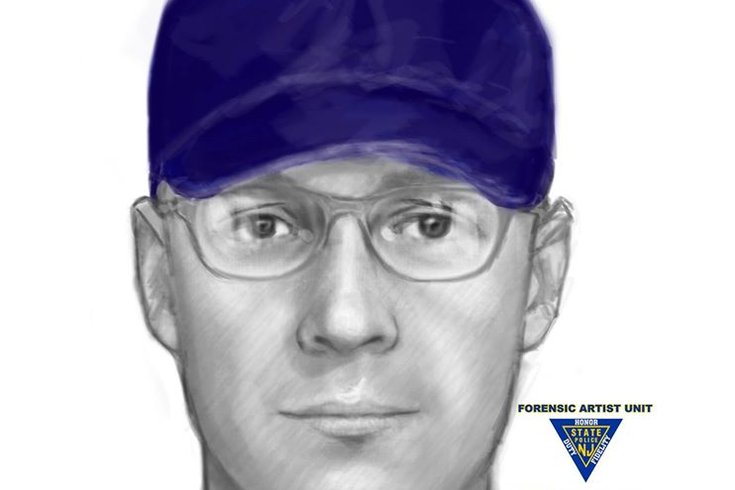 A sketch drawing of a suspect who police say posed as a utility worker to enter an elderly woman's home in South Jersey and steal from her.

According to police, one of the male suspects approached the victim in her yard on Aug. 10, saying he needed to check her water to see if there was dye in it.

The woman told police she led him into the home where he looked at the pipes under the kitchen sink. He asked if there was another water source in the home, and when she said the powder room he asked her to go turn that faucet on, police said

When she came back to the kitchen, she heard her door open and close and saw another man at the top of her stairs who apologized for the first suspect entering the home without permission, referring to him as "boss," according to authorities.

Police said he then asked her to use her phone to call his supervisor despite having a cell phone on him, disabling her phone and making it unusable.

The woman told authorities that after she denied them access to the basement, they fled on foot. According to police, she reported going up to her bedroom after they left and finding drawers open with numerous items missing.

The first suspect, who police have released a sketch drawing of (pictured above), is described as a white male standing 6’0" tall and was wearing a dark blue long-sleeve shirt with blue jeans, glasses, a baseball hat, and a lanyard around his neck with some type of ID on it.

The second suspect, also a white male, is described as standing 5’10" with a stocky build and was wearing denim shorts.

Anyone who can identify the unknown suspect in the sketch is asked to call the Gloucester Township Police Department at 856-228-4500 or the department's anonymous tip line at 856-842-5560.