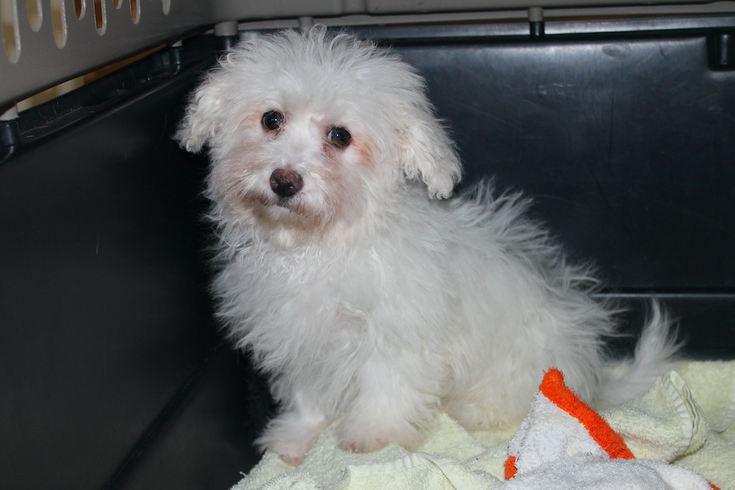 The photographed puppy is one of more than a dozen dogs rescued from a former breeder in Lancaster, Pennsylvania, after he pleaded guilty to charges of animal neglect, including lack of veterinary care provided for the animals.

More than a dozen Havanese-type dogs, including a handful of puppies, have been rescued from a Pennsylvania breeder and are seeking new homes out of the Pennsylvania SPCA.

Nine adult dogs and five puppies were surrendered to the shelter following a guilty plea by former Lancaster breeder Jacob Esh over reportedly failing to provide the animals under his ownership with veterinary care.

Esh pleaded guilty to animal neglect-related charges on March 7. As part of his plea deal, he is prohibited from owning animals for 90 days, and that included him surrendering the 14 dogs to the PSPCA.

The animals are in the process of being evaluated by veterinary care professionals at the PSPCA and at least some will be ready to be adopted as of today, March 10.