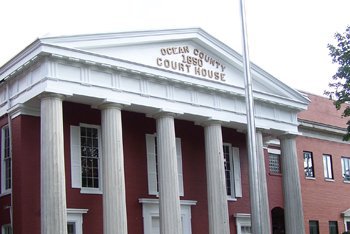 New Jersey Superior Court Judge John F. Russo was removed from the bench by the state Supreme Court over multiple complaints of misconduct.

A New Jersey judge who once asked a sexual assault victim whether she knew how to close her legs to prevent intercourse was removed from the bench Tuesday by the state Supreme Court.

The actions of Superior Court Judge John F. Russo make it "inconceivable" for him to preside over future domestic violence or sexual assault cases, Chief Justice Stuart J. Rabner wrote in a unanimous decision. The ruling permanently bars him from presiding over a New Jersey courtroom.

Russo had been on unpaid suspension while appealing previous decisions about his behavior in the courtroom.

Last summer, the Supreme Court recommended Russo be removed from the bench. A three-judge advisory panel agreed, finding Russo had violated the Code of Judicial Conduct on four instances. His misconduct most notably included his questioning of a rape victim during a hearing for a restraining order in Ocean County.

A complaint filed by a judicial board in 2018 included a transcript of an exchange from the May 2016 hearing, when Russo interceded during a cross-examination by the defense. The woman, a former exotic dancer, had been asked whether she knew how to assert herself "against unwanted sexual advances." When the woman said she didn't understand the question, Russo jumped in:

RUSSO: I'll ask the question then.

RUSSO: Do you know how to stop somebody from having intercourse with you?

RUSSO: How would you do that?

RUSSO: Short of physically harming them?

PLAINTIFF: Tell them no.

RUSSO: Tell them no. What else?

RUSSO: To stop. What else?

PLAINTIFF: And to run away or try to get away.

RUSSO: Run away, get away. Anything else?

RUSSO: Close your legs? Call the police? Did you do any of those things?

During a hearing last December, Russo expressed remorse for his remarks and apologized for joking about them with court personnel after the incident, according to the Associated Press. But Russo also has called the Supreme Court's penalty excessive, complaining that an advisory panel on judicial conduct previously recommended that he receive a three-month suspension without pay.

In the 2018 complaint, the New Jersey Advisory Committee on Judicial Conduct claimed that Russo assumed the role of the defense counsel, asking questions that were irrelevant to the woman's request for a restraining order.

The panel believed Russo's testimony about two of the four allegations against him “lacked candor, fabricated after-the-fact explanations for events, and displayed a lack of integrity that is unworthy of judicial office.”

The other allegations against Russo included using his office to reschedule a hearing to better suit his personal interests and not recusing himself from a matrimonial case in which he had a clear and stated conflict of interest.