Think the Eagles are better than Sixers or Phillies? Think again! 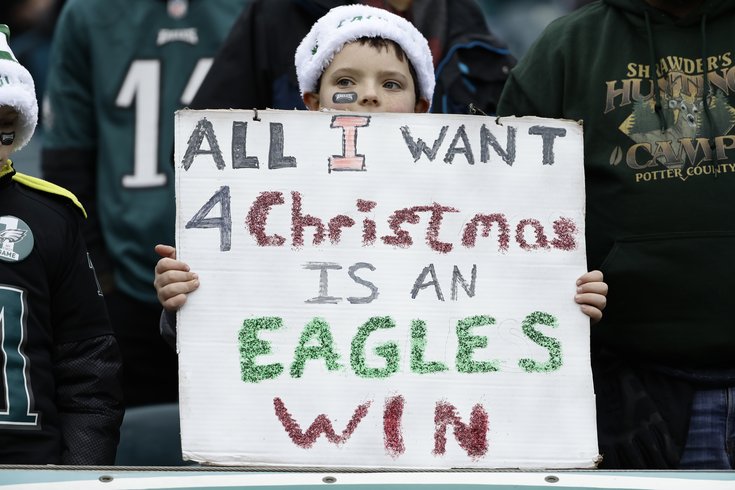 Chase Shrawder, 10, of Reading, Pa., holds a sign before the Philadelphia Eagles game against the Washington Redskins.

It's a small, arbitrary sample size, sure. But the Eagles have been pretty awful since the bye week.

How bad has it been? Put it this way: Over their last 10 games, the Birds have the same record as two teams in this city that have become synonymous with losing in recent years, the Sixers and Phillies.

Sure, the Eagles are rebuilding just like their South Philly neighbors, but unlike the Phils and Sixers, they haven't quite come out and admitted it. Of course, the expectations are always greater for the Birds.

And if it's the sample size thing that's preventing you from wrapping your head around this, here's one more for you that considers the entire 2016 season (at least to this point):

MORE EAGLES COVERAGE: A DeSean Jackson return to the Eagles makes too much sense | Hit on Sproles not necessarily a 'cheap shot' – and that's the problem | Philadelphia Eagles 2017 draft picks | Handing out 10 awards from the Eagles-Redskins game | The effort was there for Eagles, but the result remains the same