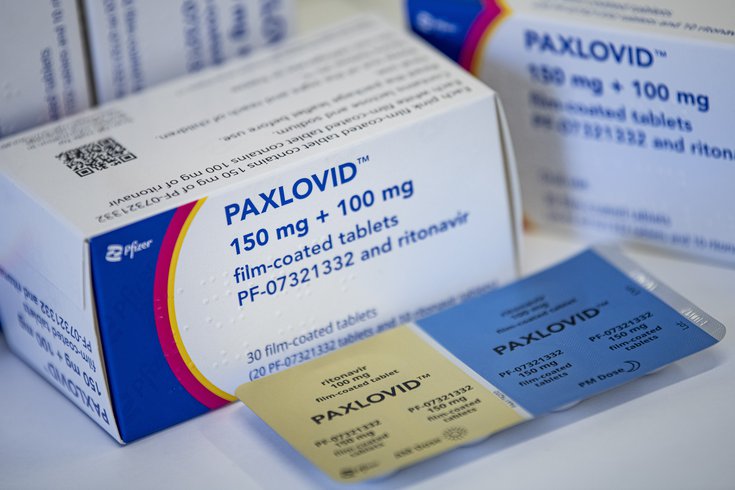 Paxlovid, an antiviral treatment made by Pfizer, reduces the risk of hospitalization and death from COVID-19 among seniors, but has no effect among younger adults, a study in the New England Journal of Medicine finds.

Paxlovid, the antiviral pill used to reduce the severity of COVID-19, provides little to no benefits for people under age 65, new research shows. But the drug improves outcomes among seniors who become infected.

A study of 109,000 people, published Wednesday in the New England Journal of Medicine, found that Paxlovid reduced the hospitalization and death rates among seniors by 73% and 79%, respectively. But researchers found no measurable benefit for adults ages 40-64.

The drug, manufactured by Pfizer, has been a key component of the U.S. government's response to COVID-19. When the U.S. Food and Drug Administration authorized it in December, it became the first at-home COVID-19 treatment available. The Biden administration has spent $10 billion to make Paxlovid widely available through pharmacies and its test-to-treat program.

The drug can be prescribed to people with mild-to-moderate COVID-19 symptoms who have risk factors for severe illness. Those risk factors include being age 50 or older, obesity, diabetes, cancer and heart disease.

"Paxlovid will remain important for people at the highest risk of severe COVID-19, such as seniors and those with compromised immune systems," David Boulware, a University of Minnesota researcher not involved with the study, told the Associated Press. "For the vast majority of Americans who are now eligible, this really doesn't have a lot of benefit."

When asked about the study's findings, White House representatives pointed to other research that found Paxlovid can benefit patients as young as 50, the AP reported. Those studies have not been peer-reviewed.

Nearly all the study's participants previously contracted COVID-19, been vaccinated or both – a fact that reflects the changing nature of the pandemic.

In the U.S., an estimated 95% of people 16 and older had developed some form of prior immunity by December, according to a U.S. Centers for Disease Control and Prevention survey of blood samples. That immunity reduces the risk of COVID-19 complications.

The latest study, conducted by researchers in Israel, has limitations. Its findings were based on data from a large health system rather than a randomized study with a control group, TIME reported. It also didn't break down data for younger adults with risk factors, like cancer or immune system disorders, who would be more likely to benefit from Paxlovid.

In clinical trials, Paxlovid reduced the risk of hospitalization or death by 88% among non-hospitalized, unvaccinated people at high risk of severe disease who began the drug within five days of developing symptoms.

Side effects include diarrhea, increased blood pressure and a metallic aftertaste. It also can interact negatively with certain blood pressure medications.