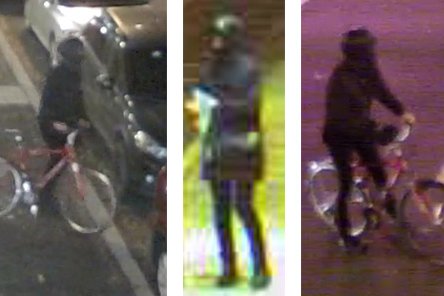 Temple University police have identified a person of interest in connection with racist fliers that were found on the university's campus Wednesday night.

Authorities identified a possible culprit in connection with several racist posters that were spotted around Temple Universtiy's campus on Wednesday night, the university's president said Friday.

Three fliers were posted outside university buildings – one on a utility pole on the 1200 block of Norris Street, another on a parking bollard on the 1300 block of Norris and the third on a news box at 13th Street and Montgomery Avenue, Englert said.

One student tweeted a picture of a sign that addressed black students with a racial slur and alluded to the narrow Democratic Primary race between Hillary Clinton and Sen. Bernie Sanders last year, saying that Sanders would have defeated President Donald Trump in the November 2016 presidential election if he had won the nomination.

"Bernie would have won if it wasn't for you. Seriously, f*ck you all. This is all your fault," it stated.

The other signs contained similar messages, The Temple News reported.

As Temple students and as a university we MUST do better. If you have any info please contact Temple's campus safety. pic.twitter.com/6IjbiL6T6D

In his statement, Englert called the fliers disgusting, intimidating and hateful.

"They have no place on our campus. They do not represent the Temple community that I have known and loved during the last 40 years," he stated. Personally, I found the fliers despicable, and it breaks my heart that this occurred at Temple.

"Events like these are deeply disturbing and require a strong response. They are also opportunities for us to show the world how members of the Temple community come together to fight bigotry and hatred. We will not allow such incidents to define us."

Englert asked anyone with information to contact Campus Safety Services at 215-204-1234.

Like a number of schools both locally and across the country, the incident was not the first to hit Temple's campus in recent months.

In September, a group of black Temple students found a banana on the door handle outside their dorm room in Morgan Hall. Another banana was found outside a room in the building later that week.