Some on Twitter are advocating for the return of goal songs past. Gritty, meanwhile, wants 'Free Bird' 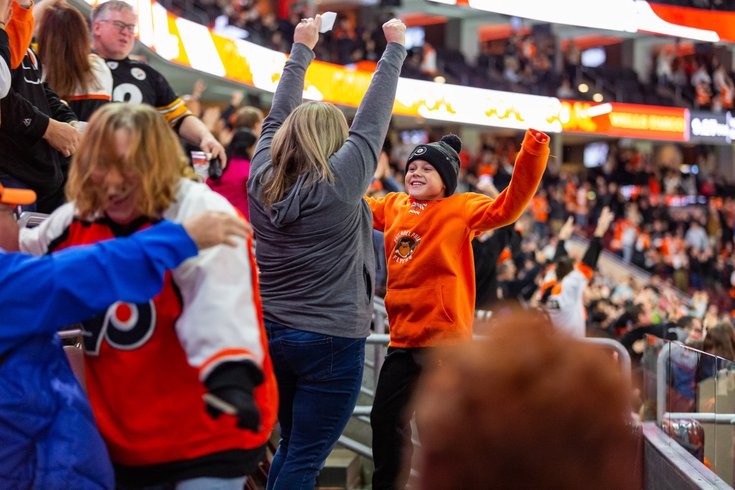 Philadelphia Flyers fans have been tasked with a big job ahead of the 2021-22 season: Picking the song that will echo throughout the Wells Fargo Center after the team scores a goal. Songs can be submitted through the Flyers' website through Sept. 23.

We're nearly a month away from the start of the 2021-22 NHL season, and Philadelphia Flyers fans have some important business to attend to before packing the Wells Fargo Center to capacity for the first time in more than a year.

The Flyers are challenging fans to pick the song — or create their own — that will play every time the team scores a goal at home this season. Judging by range of submissions pouring in on Twitter after the Flyers announced the contest, the competition is going to be stiff.

Fans have until Sept. 23 to submit song requests or upload their original compositions on the Flyers' website. The team said it will narrow down the submissions to a field of finalists and then ask fans to vote for their favorite. The winning song will be unveiled when the Flyers open the regular season against the Vancouver Canucks on Oct. 15 at the Wells Fargo Center.

"The Flyers have the best home-ice advantage in the NHL, and that’s because of our fans. They’re passionate, they’re loud, and Wells Fargo Center erupts when the Flyers put the puck in the back of the net," team President Valerie Camillo said. "This team belongs to our fans, so we want them to help us pick which song plays every time the Flyers score here at home."

Some Flyers fans on Twitter are using the contest to advocate for the return of previous goal songs, including "Bro Hymn" by Pennywise and Abandon All Ships' "Maria (I Like It Loud)" — affectionately known by many as "Doop!" The latter will forever be attached to Danny Briere's overtime goal that gave the Flyers a 4-3 victory over the New Jersey Devils in the 2012 playoffs.

Regardless of what song emerges as the winner, one thing is clear: There will no shortage of opinions about it, especially when thousands of fans are subjected to it (hopefully) multiple times a game when the Flyers take the ice at the Wells Fargo Center.