Team faces off against Cleveland in first round at home 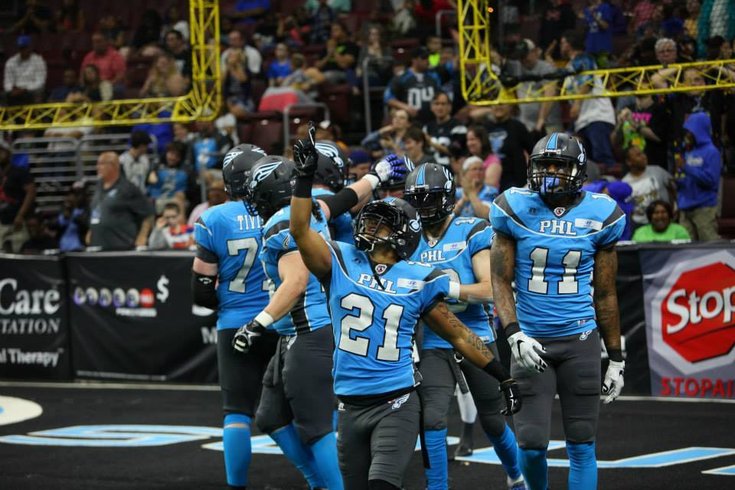 The Philadelphia Soul face off against Cleveland in the first round of the AFL playoffs Saturday.

Football season is upon us. Training camp is in full swing, and the Eagles are set to begin their preseason against the Colts Sunday.

There's been plenty of fodder for Birds fans so far. Bibles have been signed, quarterbacks and running backs have been sidelined, and odds have been set. Excitement and anxiety are in the air.

But just in case that's not quite enough to wet your football whistle, there's even more pigskin to hold you over until the regular season begins.

The Philadelphia Soul begin their quest for the franchise's second Arena Football League title on Saturday. At 5 p.m., they'll host the Cleveland Gladiators in the first round at the Wells Fargo Center.

The Soul went 15-3 this season, earning them the number one seed in the American Conference and guaranteeing them homefield advantage at least until the Arena Bowl.

They swept the 8-10 Gladiators this season, and will be looking to remain undefeated against Cleveland while also extracting some revenge. The Soul were ousted by their Ohio rivals in the first round of last year's playoffs.

With several players on the team up for league-wide awards, including the AFL's leading passer Dan Raudabaugh for MVP, the Soul have enjoyed a dominant season, winning their division with an offense that would give Chip Kelly a run for his money.

Tickets are still available for Saturday's game at the Wells Fargo Center, and you can catch it on the CBS Sports Network on television and on 97.5 The Fanatic on the radio.