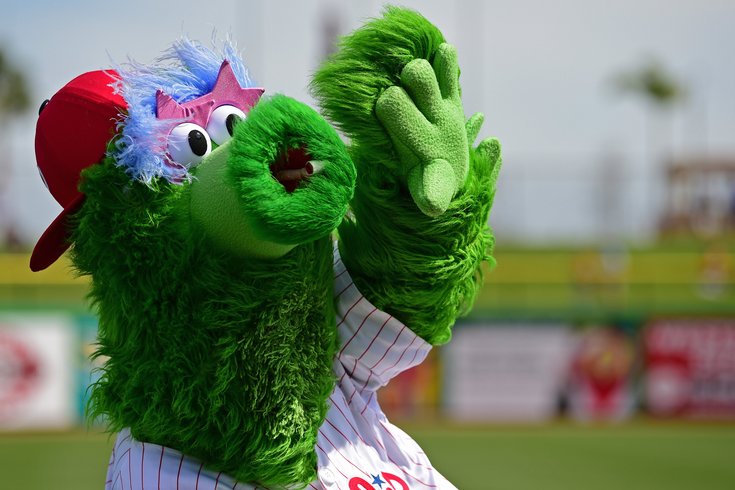 The new-look, redesigned Phillie Phanatic earned himself a shoutout during the "Weekend Update" segment of "Saturday Night Live" this weekend.

The Philadelphia Phillies unveiled their modified, updated version of the Phillie Phanatic during their spring training home opener last Sunday ahead of the 2020 season, and of course, “Saturday Night Live” couldn’t avoid giving the new-look mascot a shoutout.

MORE: John Oliver has beef with the Phillie Phanatic's redesign and newly-shaped snout

However, the comedy show didn’t necessarily poke fun at the Phanatic. Rather, they used the Phanatic as a lead-up to a joke making fun of the Houston Astros.

The bit came during the show’s “Weekend Update” segment and was delivered by Michael Che.

"The Philadelphia Phillies unveiled a new design for their team mascot the Philly Phanatic,” Che said. “While the Houston Astros have unveiled their new mascot Cheaty the Camera!"

If you didn’t catch it Phillies fans, the Phanatic had a spot on SNL last night pic.twitter.com/vCtMMD9i8M

The butt of the joke was of course the Astros, who have been found to have cheated during the 2017 season by using a camera to steal signs on their way to winning the World Series.

Unlike the Phillies, the Astros aren’t planning on actually revealing a new mascot called Cheaty the Camera.

The changes to the Phillie Phanatic have come in the wake of the team’s legal battle with the mascot’s co-creators, Wayde Harrison and Bonnie Erickson, over the copyright ownership of the Phanatic. The Phillies believe that they have full ownership rights of the Phanatic's likeness in perpetuity, while Harrison and Erickson believe they have the rights to cancel the current agreement in June of this year.