Michael Grant will be preaching the gospel in the streets 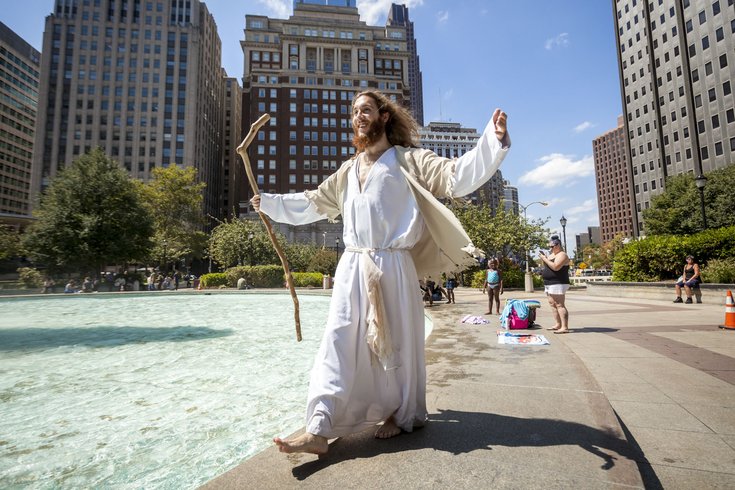 PhillyVoice met this week with Michael Grant to get his take on Pope Francis’ visit to Philadelphia next month.

Grant is better known for his portrayal of Philly Jesus – attired in a robe and sandals and carrying a staff as he walks around his usual haunt, Love Park.

Grant credits his embrace of the gospel and his street theater portrayal of Jesus with kicking a drug addiction that began with painkillers prescribed after being run over by a vehicle. He's become a familiar presence in Center City.

He answered a few questions for us about the impending visit of the Holy Father and his plans for papal weekend.

A: It would be an honor and a privilege to meet him. I was raised Catholic. I was an altar boy, but now I am a born-again Christian.

Q: Where will you be during the papal weekend? I don't think the pope is planning a detour to Love Park. Are you heading to the Ben Franklin Parkway or Independence Hall?

A: I will be floating around here at Love Park. I’ll be preaching the gospel on the streets. I hope to see him.

Q: Think your outfit will speed you through the security checkpoints? Or slow you down?

A: I think it will help. I might just go like this, but I’ll leave the staff at home. If they ask me if I have a ticket, I’ll tell them I am the ticket; I’m portraying Christ! 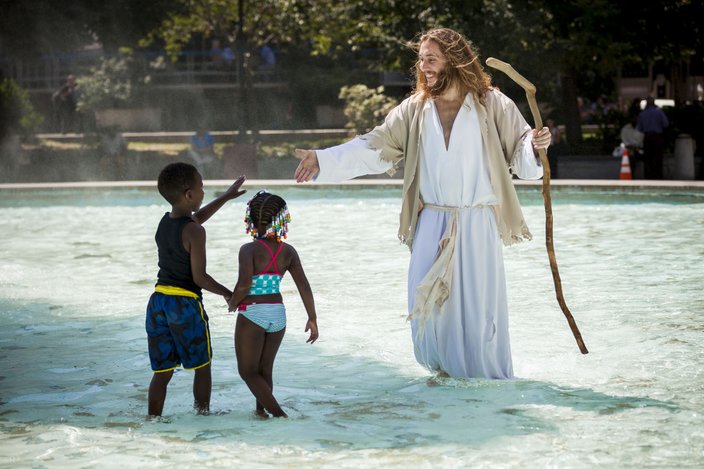 Q: What do you make of all the security?

A: The pope will have more security than the president of the United States. But I can understand why. There’ve been unsuccessful attacks before.

Q: Say you did manage a conversation with Pope Francis, what would you ask or tell him?

A: I’d like to meet with him and conversate. I’d introduce myself as Philly Jesus, but I’d say call me PJ. Then I think I’d like to explain my background and how I came to be portraying Jesus and then I’d ask him to explain his background. I’d talk about how the doctrines we have are similar and different.

Q: If you were going to share a glass and break bread with the pope, what would you choose to drink and eat? A Kenziger beer and a soft pretzel? Sarcone's bread and a red wine concocted in a South Philly row house? Or something else?

A: Italian wine and bread would be my meal. But maybe a cabernet, a cabernet from Argentina would be good. But no more than one glass and always with a meal.

But if he asked me what to eat and where, it would be a Philly chicken cheesesteak, with extra cheese, ketchup and mayo from Papa Nick’s in Olney. That’s my favorite.