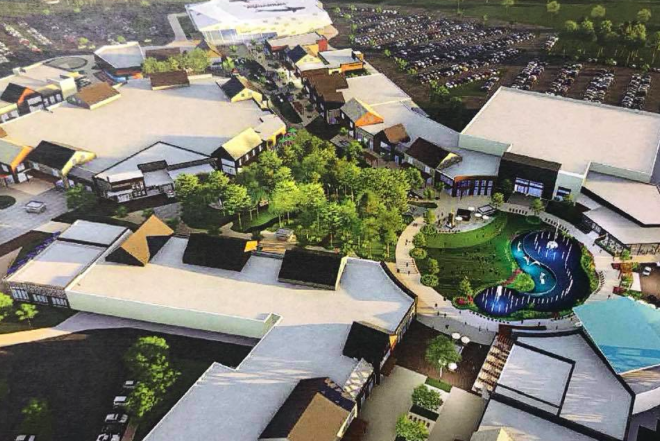 Plans for a sprawling, family-friendly entertainment village could soon bring 3,200 jobs and plenty of fun to the Poconos, according to multiple reports.

The joint venture between JEMB Realty of New York and Denver-based Alberta Development Partners would reportedly cover about 175 acres, making it one of the largest entertainment destinations in North America.

Officials said the site, about 600,000 square feet, would be located next to the Kalahari Hotel and Waterpark.

Representatives for the multifaceted project said it will feature helium balloon rides, an aquarium, themed restaurants and live entertainment venues, including hourly light and music shows at a venue dubbed the Moment Factory.

About 500,000 square feet of space would be available for leasing, according to the developers. Details about preliminary talks for space already claimed were not revealed.

The village would also contain a 4.5-acre park, as well as trails for biking and hiking.

If the project moves forward as planned, the first phase of construction would begin in 2021.

Alberta Development Partners could not immediately provide additional information on the project when contacted Thursday afternoon.