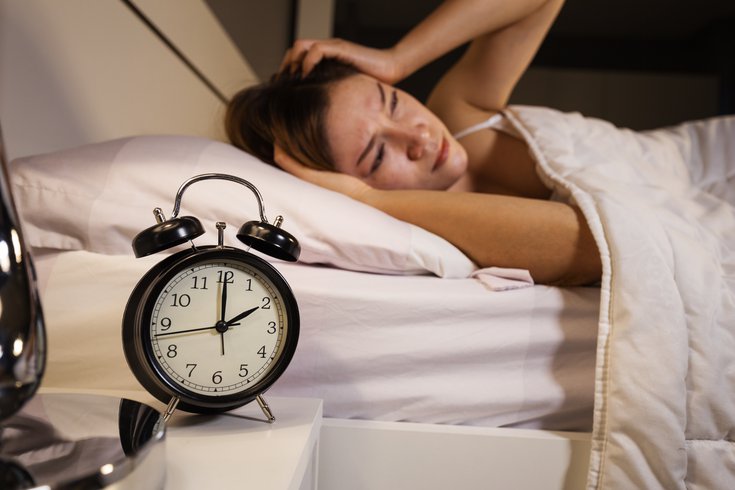 Even a small reduction in REM sleep may increase risk for an earlier death, Stanford University researchers found.

Even a small reduction in deep sleep may increase the mortality rate of older and middle-aged adults, according to a new study.

Stanford University researchers found that for every 5% reduction in rapid eye movement sleep, cardiovascular and overall mortality rates increase 13% to 17%.

REM sleep is the stage when dreams occur, knowledge and experiences are processed and stored in memory, and the body repairs itself.

Though researchers observed a strong association between shorter REM sleep and an increased risk of dying earlier, they couldn't prove it was a causal relationship, according to lead author Eileen Leary, senior manager of clinical research at Stanford.

While this association "adds a piece to the puzzle," Leary said it is too soon to make any recommendations about improving REM sleep.

Burning the midnight oil too often and poor sleep quality have long been associated with poor health outcomes.

Short REM sleep has been associated with memory and cognitive problems. Additionally, sleep apnea during REM sleep has been linked to high blood pressure and deaths from cardiovascular disease, Dr. Vsevolod Polotsky, director of Sleep Basic Research in the Division of Pulmonary and Critical Care Medicine at John Hopkins University School of Medicine, told CNN. He was not involved in the study.

But the connection between REM sleep and mortality risk is not well understood.

Leary and her colleagues analyzed the sleep patterns of 2,675 men enrolled in the "Outcomes of Sleep Disorders in Older Men" clinical trial, an at-home sleep study that took place between 2003 and 2016.

They also analyzed data of 1,375 men and women from the Wisconsin Sleep Cohort, which examines the impact sleep disorders have on health outcomes.

They found similar results were in each study group. People who got less REM sleep had a higher risk of death.

Their findings highlight that an imbalance of the sleep stages – not just a lack of sleep – can affect health, Dr. Michael Jaffee, an associate professor of neurology at the University of Florida, wrote in an accompanying editorial.

"This study shows yet another reason for the importance of proper sleep time – recommendations for adults is seven hours – and a good balance of sleep stages by assuring that any possible conditions, such as obstructive sleep apnea, that can cause a reduction in REM be evaluated and managed," he wrote.

The study and editorial were published in JAMA Neurology.