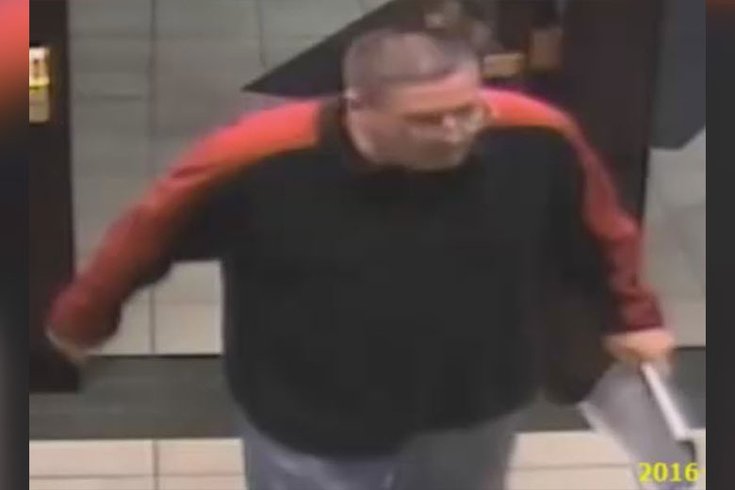 This man is wanted for allegedly robbing a man outside the Parx Turf Club in South Philadelphia.

A man exiting a South Philly gambling joint had thousands of dollars in cash stolen from him, according to authorities.

Police released surveillance video Tuesday that shows a robbery taking place outside the Parx Turf Club in South Philadelphia around 6 p.m. on April 6.

In the video, the suspect can be seen "lingering" outside the club, waiting for the victim, a 64-year-old male, to come outside and approaching him from behind once he walked into the parking lot.

After snatching a Coach handbag containing $5,000, a New Jersey driver’s license, credit cards and an access card from the victim, the suspect can be seen running in an unknown direction, police said.

You can watch surveillance video of the incident below:

The suspect is described as a white male with a heavy build and short gray hair. He was last seen wearing glasses, a red and black long-sleeve shirt and blue jeans.

Tips can also be submitted by texting 773847 or submit an online form here.