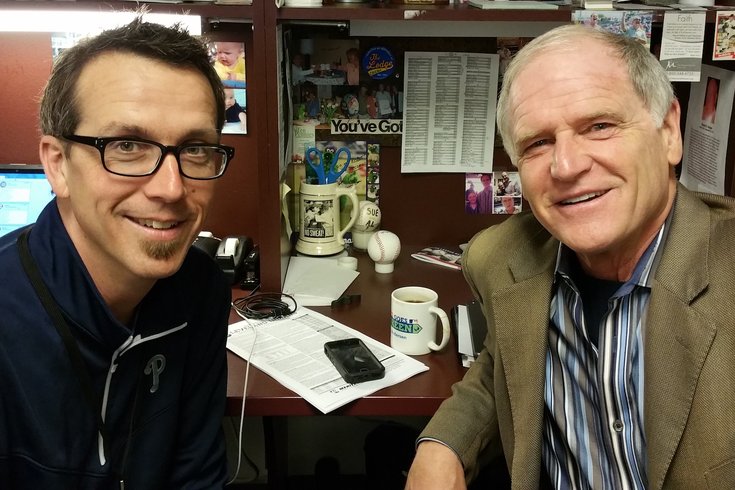 Phillies pitchers and catchers report on February 13, but you won’t have to wait that long to hear the team’s excellent radio broadcast team talk about the upcoming season.

Fresh off signing a five-year extension, Scott Franzke will chat with Larry Andersen for four, one-hour shows on 94WIP in February. From CBS Philly:

Franzke and LA will look ahead to the 2017 Phillies season during four, one-hour long shows.

Manager Pete Mackanin recently said that he hopes the Phillies can play .500 this season, but regardless of how competitive the big league club is, it’s good to know that the all-star radio team will be there to take us through all of the season's twists and turns with a sense of humor.