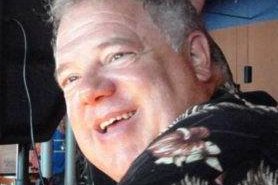 South Jersey food critic, editor, and radio personality Ed Hitzel died suddenly Monday night of cardiac arrest at the age of 64, according to the Press of Atlantic City.

Hitzel got his start at the Press of Atlantic City in the 1970's, working his way up from a copy boy to becoming an editor by the 1990's.

After leaving his post there, Hitzel started his own food criticism publication called Ed Hitzel's Restaurant Magazine. He was also the host of his own radio show called Hitzel's Table for One on WOND 1400 AM and WIP 610 AM.

He railed against 'arrogant' celebrity chefs and casinos that cared more about dollars than great cuisine.  He always looked for the genuine, promising to take me to his favorite places far off the grid from the tourist path. As any great food writer would, he regarded these finds as some of his proudest treasures.

Hitzel is survived by his by his wife of 33 years Susan and his two children.