The retail space is planned for a section of South Philly that contains an abundance of big box stores, restaurants and grocers 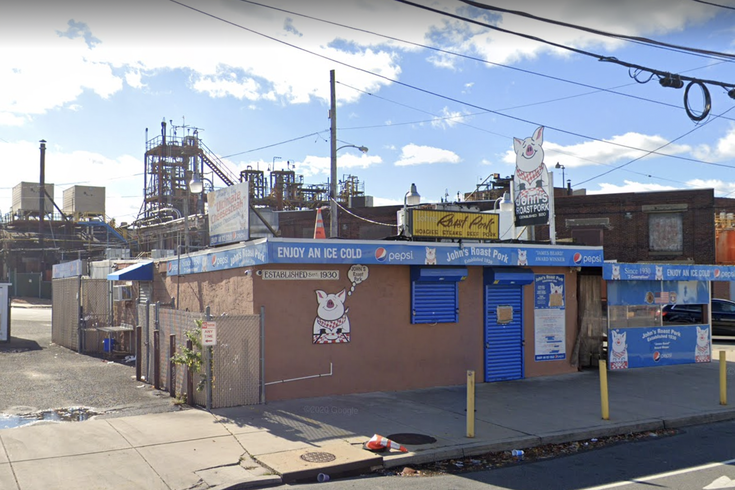 Zoning permits have been issued to demolish the Inolex factory located across from John's Roast Pork in South Philly. It will be replaced with a shopping center containing a Lidl grocery store and the restaurants Raising Cane's and Shake Shack.

The century-old industrial plant that sits across the street from John's Roast Pork in South Philadelphia will be demolished to add another shopping center to an area filled with retail destinations.

The 6.2-acre space at 16 Snyder Ave. is owned by Inolex, which manufacturers ingredients for cosmetic products, but the company transitioned its operations to North Carolina in 2019. Last week, the city issued zoning permits to demolish the factory and construct new retail space, Rising Real-Estate reported.

The 52,000-square-foot shopping center will contain a Lidl, Raising Cane's, Shake Shack, Chase Bank and an Advance Auto Parts store, the Philadelphia Business Journal reported. An occupant for the sixth unit has not been determined. The center's parking lot will include 269 spaces.

The Lidl will occupy the biggest space, a 31,000-square-foot building. The discount grocery chain is steadily growing in the Philadelphia region, with locations in Port Richmond and Northeast Philly, and several more in the suburbs.

Raising Cane's, a Louisiana-based fast food chain known for its crispy chicken tenders and special sauce, has been expanding northward. It opened its first two Philadelphia restaurants this year in University City and near Temple University. The 3,300-square-foot location in South Philly will include a drive-thru.

The development will be the latest shopping center near and along Columbus Boulevard in South Philly.

In May, the Bart Blatstein-owned Tower Investments purchased Riverview Plaza, at 1400 Columbus Blvd., for $34 million. The shopping center, which was developed and later sold by Tower in 2003, includes a Staples and a shuttered movie theater. Blatstein has pledged to spend $10 million to upgrade the center. It sits across from another commercial real estate property that he owns; that one is anchored by a Giant grocery store.