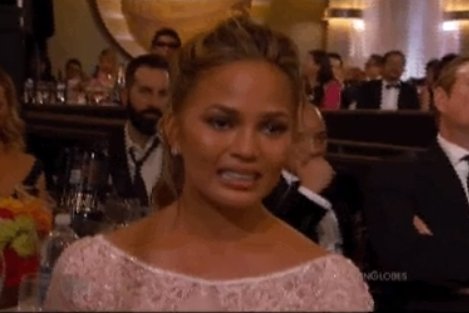 As Legend and Common took to the stage to accept the award for their song "Glory" from the nominated film Selma, the camera panned to Teigan, who was smiling awkwardly through her tears of job.

Hundreds of people took to twitter to caption her adorable crying face.

"When you realize taylor swift isn’t going to show up to the golden globes and you want to stop watching," -  @itsashlyperez

"When your mom makes you cry & then says "fix your face" in public @chrissyteigen  #goldenglobes," wrote twitter user TyraBanksy.

Teigen is known for her entertaining instagram account, where she shares cooking videos, photos of her dogs, and comedic moments with husband John Legend. It is no surprise she took the incident in stride and posted this photo reenacting her tearful moment. 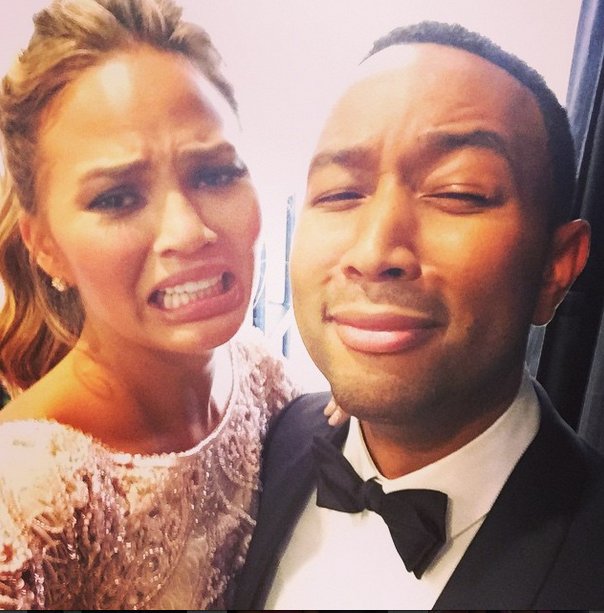