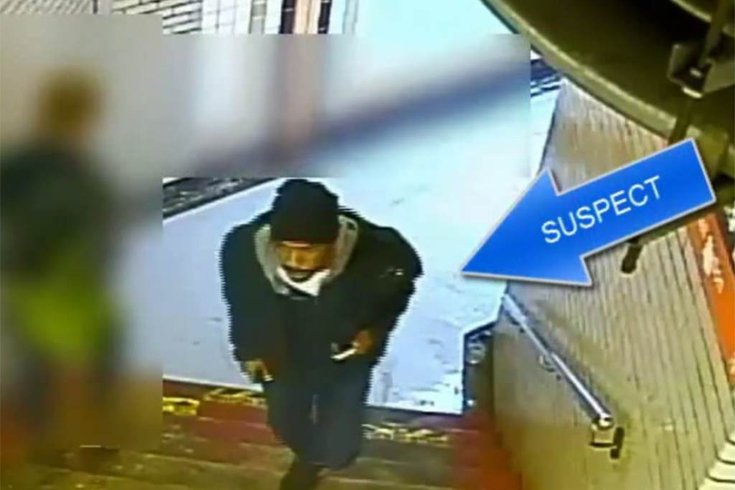 Special Victims Unit is asking for the public's assistance to identify and locate a suspect wanted for an indecent assault in Logan Circle. He was captured on a SEPTA surveillance camera on Friday, Nov. 27, 2015.

The Special Victims Unit of the Philadelphia police is asking for the public's assistance to identify and locate a suspect wanted for an indecent assault last week in Logan Circle.

According to police, a 27-year-old woman was followed by a black male through the SEPTA station at 1500 Market St. on Friday, Nov. 27, at 7:35 p.m. While inside the station the suspect touched the woman's buttocks before fleeing the station. It was unknown which way the suspect headed.

Police provided the following description of the suspect: black male, 5-foot-7, 130 lbs, wearing a coat, and a black "scully."

Anyone with information about this incident or the suspect is urged to call Philadelphia police at (215) 685-3251.

The following video of the suspect was captured on a SEPTA surveillance camera: