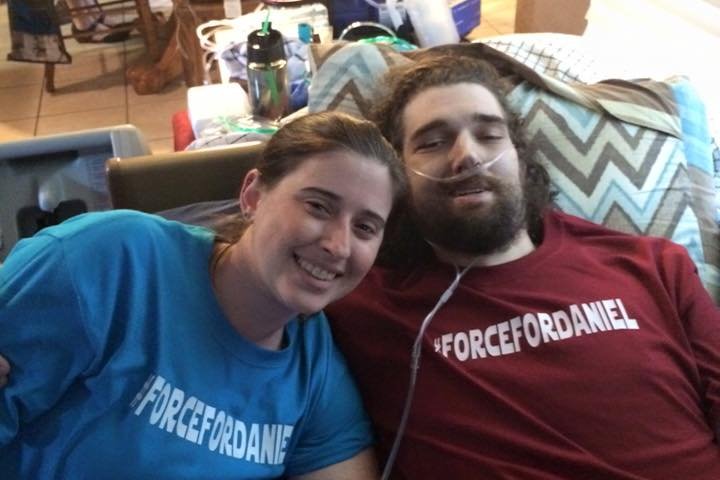 Daniel Fleetwood, 31, and his wife, Ashley, in their last photo together.

A terminally ill "Star Wars" fan, who was granted his wish to see the new "The Force Awakens" film last week, has died, his wife announced on Facebook early Tuesday.

Daniel Fleetwood, a 31-year-old Texas man with an aggressive form of cancer that had spread to 90 percent of his lungs, was able to watch an early cut of the highly anticipated new film, nearly two months before it comes out in theaters.

"Daniel just finished watching an unfinished version of Star Wars: The Force Awakens!!!" Fleetwood's wife Ashley wrote in a Facebook post on Thursday. "We would like to thank the awesomely talented JJ Abrams for calling us yesterday to tell us Daniel was getting his wish granted!"

Early Tuesday morning, just days after her husband's wish was granted, she announced the news of his passing.

"Daniel put up an amazing fight to the very end," Fleetwood's wife Ashley wrote in her Facebook post. "He is now one with God and with the force. He passed in his sleep and in peace. He will always be my idol and my hero. Please hug uncle Marc for me and give Lucy lots of kisses. Rest in peace my love."

The post was accompanied by the final photo the couple took together. (See above.)

Disney said on Thursday that the screening for Fleetwood had taken place and that "all involved were happy to be able to make it happen."