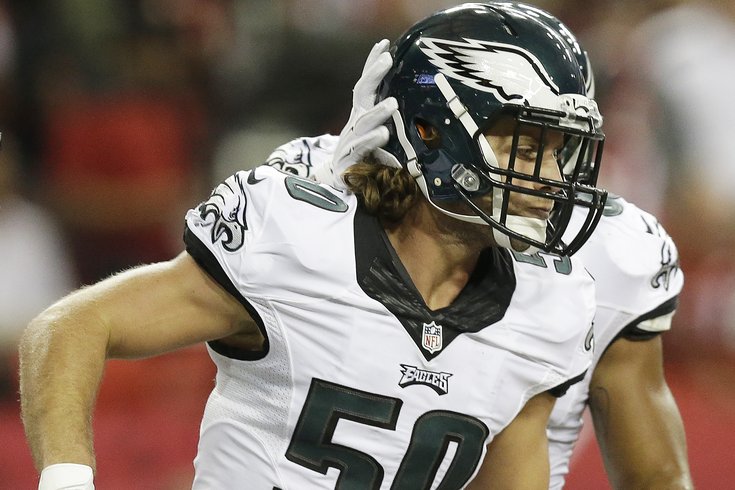 The Eagles didn't get off to a great start against the Falcons, but linebacker Kiko Alonso made a highlight-reel play to prevent it from getting even worse for the Birds.

Sam Bradford and the Eagles offense went three-and-out on their first two possessions, while the Falcons scored on a field goal on their opening drive and were threatening again on their second. That was until Alonso, who was acquired this offseason from the Bills in exchange for running back LeSean McCoy, dropped into coverage on second and goal, making a ridiculous one-handed interception on the Matt Ryan pass intended for Roddy White.

That might be the best INT by a linebacker ever! pic.twitter.com/LoQys0FgiZ

Somehow, that doesn't do it justice. Here's the full video from the NFL:

One handed. Diving backwards. In the end zone. Kiko Alonso, you gotta be kidding with this INT. #PHIvsATL http://t.co/U9ei4PenNl

You can follow along and get live updates and analysis of the Eagles-Falcons game right here.