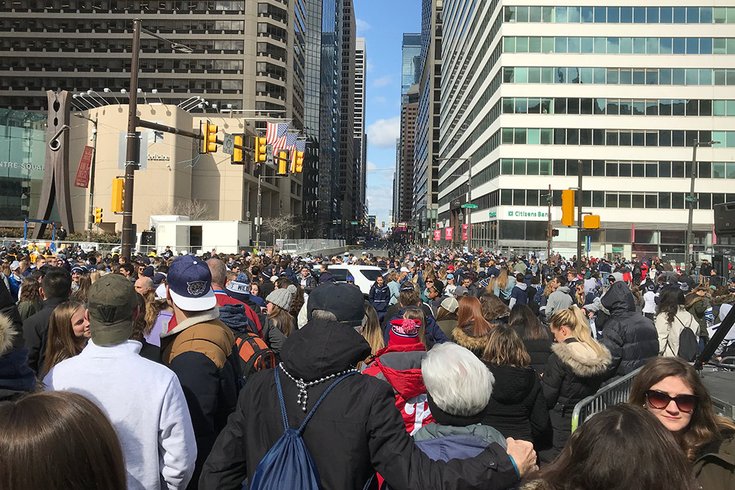 Crowds wait along Market Street in Center City on Thursday morning for the championship parade to start for the Villanova men's basketball team.

For the second time in three seasons, the Villanova Wildcats men's basketball team will celebrate an NCAA basketball title with a big dance down Market Street.

Thousands of fans will cheer coach Jay Wright and his team during a V-ictory parade down Market Street with championship ceremonies at Dilworth Park at City Hall.

Watch live feeds from 6ABC and CBS below: