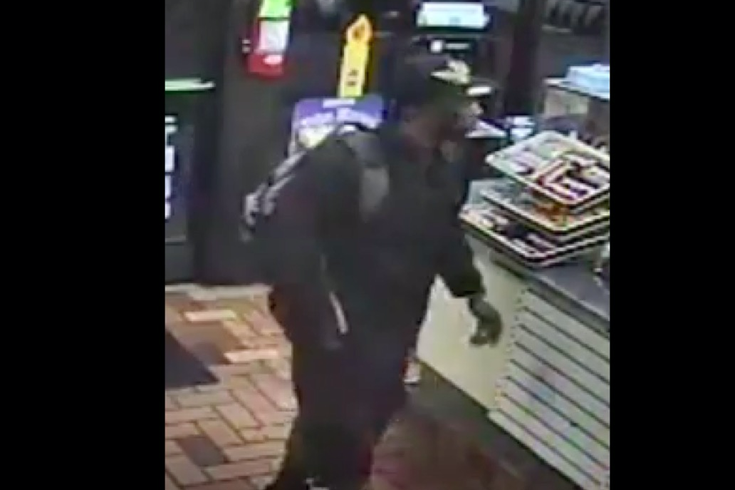 This image was pulled from a surveillance video shared by the Philadelphia Police Department.

Philadelphia police are seeking the public’s helping in identifying a suspect in surveillance video who is accused of sexually assaulting a 24-year-old woman in the city’s Frankford section.

RELATED: In Kensington, fear on the street that a killer is targeting prostitutes

According to the police report, the woman alleges that at around 12:30 a.m. on July 12, the suspect approached her from behind and choked her until she became unconscious. She reportedly later awoke naked and in the outdoor rear of a property located in the 3800 block of Jasper Street.

At that time, the woman was able to get help from a nearby neighbor. She reportedly sustained slight head and facial injuries and was transported to Temple Hospital in stable condition.

The police said the suspect approached the woman on a blue and black mountain bike and was wearing a two-tone backpack (as seen in the surveillance video.)

Police described the suspect as a black male, possibly in his 30s, with a full mustache and beard.