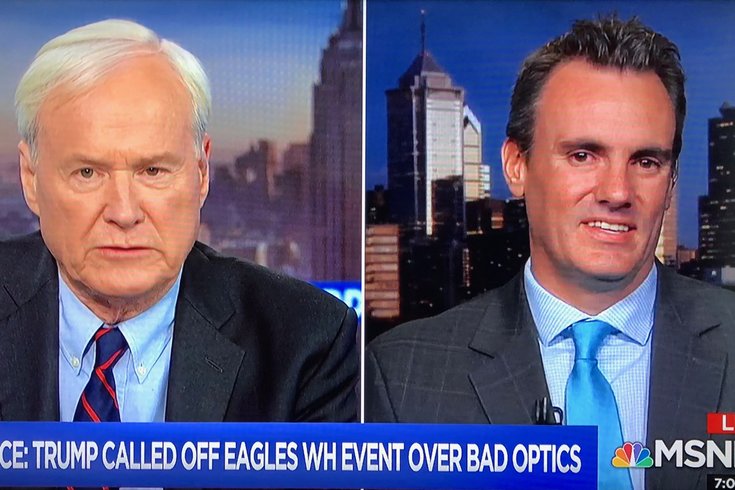 On Tuesday afternoon, amid controversy left and right regarding the Eagles and their non-visit to the White House after their Super Bowl LII win — after not kneeling for the National Anthem (while being accused of doing so) and having the President of the United States say that the Eagles are "abandoning their fans," PhillyVoice's own Jimmy Kempski was invited not once, but twice to appear on MSNBC to discuss the news of the day.

Later, Jimmy was asked to throw his suit and tie back on (and if you know anything about Jimmy, wearing a suit and tie twice in a day, let alone once, is a rarity) to appear at the invitation of Chris Matthews on MSNBC's 7 p.m. primetime show.

That conversation with Matthews, a Philly native, can be viewed here.