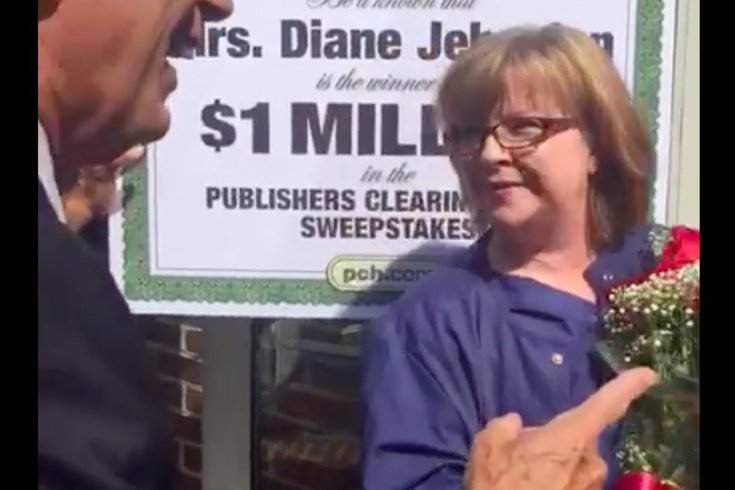 A West Chester woman is $1 million richer thanks to the Publishers Clearing House (PCH) sweepstakes.

The PCH Prize Patrol surprised Diane Jehanian on Wednesday with the big check at Main Line Spine Surgery Center in King of Prussia where she works.

"I feel like I'm dreaming!" Diane said as she kissed her husband Greg after receiving the good news.

The couple will soon be celebrating their 40th wedding anniversary, they said.

Earlier in the day, the Prize Patrol knocked on the front door of the couple's home but no one was there. They went around to the backyard and interrupted a shirtless Greg, who was cutting the lawn.

In that video, Greg explained that it was not a good idea for Diane to leave work because she had taken off last week due to the birth of their grandson. So Greg brought the Prize Patrol to Diane's workplace.

Diane will need to decide whether to take the money in a lump sum or in installments, according to philly.com.

More than $280 million in prizes has been awarded to winners since 1967, according to the PCH website.