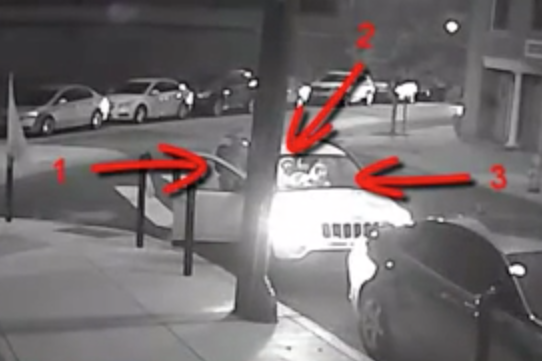 Three suspects are sought in the theft of a papal flag from a Philly home before the pontiff's visit, according to police.

Doesn't the eighth commandment read "Thou shalt not steal?"

Three suspects sought by Philadelphia police may be unfamiliar with the tenet.

In surveillance video released by authorities Wednesday, the three can be seen pulling up to a home on the 600 block of S. 27th St. on Sept. 22 around 6:30 a.m.

One of the suspects exits the vehicle, which appears to be a white Jeep SUV, and snags a papal flag from the front of the house, leaving the residents without their Francis pride before the pontiff's visit this past weekend, according to police.