Wawa is planning expansion to Ohio, Indiana and Kentucky within a few years 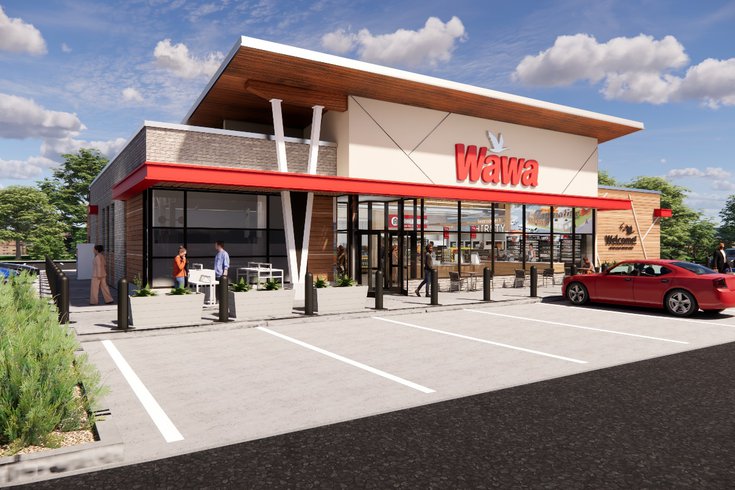 Wawa plans to double its store count in the United States by 2030. The company announced it will expand into Ohio, Kentucky and Indiana.

Wawa's aggressive U.S. expansion will be heading west with plans to open convenience stores in another three states — Ohio, Indiana and Kentucky — some time after 2025.

Wawa currently has about 900 stores in Pennsylvania, New Jersey, Delaware, Maryland, Virginia, Florida and Washington, D.C. Over the last year, the company said it has plans for new stores in Alabama, Georgia and North Carolina beginning in 2024, followed by Tennessee in 2025. Company officials have said Wawa aims to double its store count by 2030.

"We have received thousands of requests over the years to spread our wings further west," said John Poplawski, Wawa's vice president of real estate. "We couldn't be more excited to announce our growth plans in these markets as we will soon serve more people in new communities with our unique brand and offer," said John Poplawski, Vice President of Real Estate for Wawa. "We can't wait to reconnect with those that know us from existing markets and meet new friends and neighbors come 2025 and beyond!"

In Philadelphia recently, there has been a trend of Wawa stores closing after several years of heavy investment in Center City and other neighborhoods. The company cited problems with crime at its city stores as the reason for closing locations and is considering excluding Philadelphia from future expansion plans in the region.

Still, Wawa remains ingrained in the local landscape and culture. The store's association with the region has been featured on ABC's "The Goldbergs" and became a talking point around HBO's hit drama "Mare of Easttown," whose costume designs were partly inspired by Wawa shoppers. The goose logo is so iconic that it recently became the subject of a legal dance over the trademark when a New Jersey political candidate featured something similar in his campaign materials.

For those uninitiated in states where the company is expanding, here's a basic Wawa primer:

• Wawa's name comes from the Native American word for the Canada Goose in flight. It's also the name of a community in Delaware County, partly in Middletown and in Chester Heights, where the company's headquarters.

• The company originated as an iron foundry in the early 19th century. It later became a dairy farm and processing plant in the early 20th century, thriving as a milk delivery business until it began opening stores to adapt to a changing market in the 1960's. Most of the newer stores, informally dubbed "Super Wawas," have gas stations. The company also is experimenting with more drive-thru locations.

• Wawa is known for its made-to-order sandwiches, hoagies, bowls, sides, coffee and specialty drinks, which are all available around the clock at the majority of store locations. The hot breakfast items, including Sizzli sandwiches, are served pre-made during the morning hours. Customers also can find the usual convenience store snacks, drinks and other routine items. Depending on the alcohol regulations in a given state, certain stores also are stocked with beer.

• The company has expanded and experimented with its menu in recent years, including the additions of burgers, pizza and microwaveable meals. There also are a number of prepared grab-and-go items like wraps and sandwiches.

• It's a great option for something quick and comparatively cheap. The Wawa app also allows you to order food in advance and rack up rewards for more free Wawa stuff.

Wawa recently announced it's also expanding its territory further into central Pennsylvania and into the Florida panhandle.

The company is accepting site suggestions from real estate representatives for all locations included in the expansion plan.

About the latest plans for growth, Wawa president and CEO Chris Gheysens said, "These markets are the perfect places for Wawa to expand based on their strong business communities, their family-like atmosphere, and the confidence that our unique offer and amazing associates will be welcomed by these communities."