Who left a house in the middle of the road, police want to know 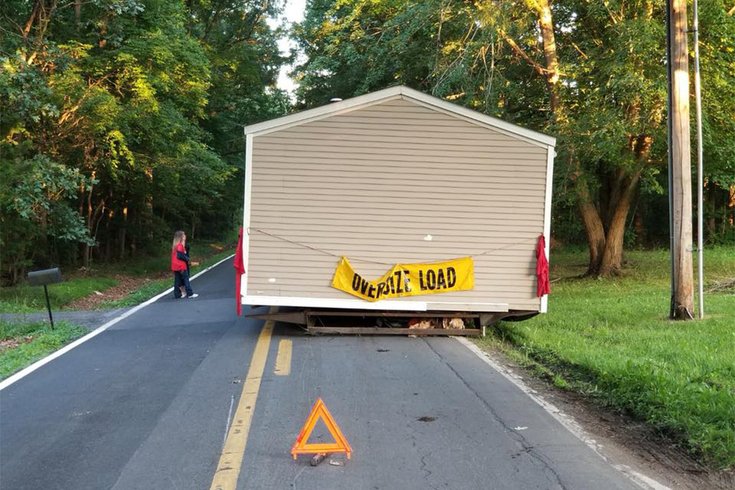 This prefabricated house was left in the middle of the road in Dover, Delaware.

Police in Delaware want to know who left a house in the middle of a two-lane road.

In a Facebook post that has been shared nearly 10,000 times and drawn dozens of comments, the Dover police reported that a prefabricated home was left on Long Point Road, about two miles from the city center.

Authorities said Tuesday the earliest they could get the home moved was Wednesday so the road was closed. Police were telling motorists to find an alternate route.

The Facebook post included photos of the home and said “this is not a joke.” An “oversize load” banner was hung on the home.