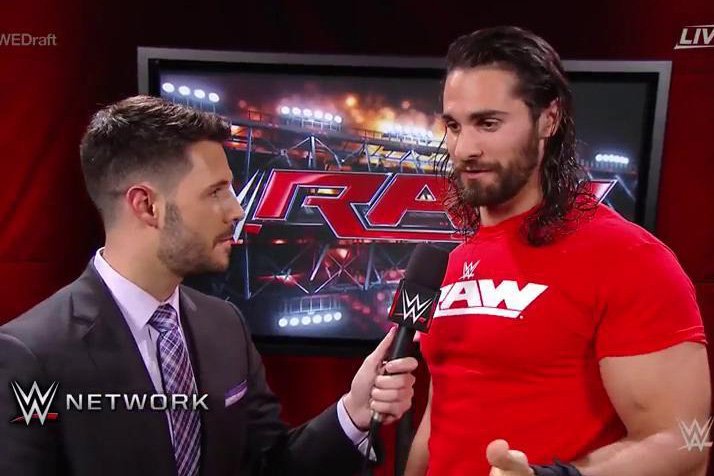 Seth Rollins was the first overall pick of the WWE Draft on Tuesday night for Raw.

The second-ever WWE brand extension draft was held on Tuesday night during the first-ever permanently live episode of SmackDown. At the DCU Center in Worcester, Mass., the landscape of WWE was supposedly changed forever. However, when all was set and done, it looked like Raw has the roster of superstardom while SmackDown was barren.

Obviously, trades can be made – at least one would think because they happened the last time there was a brand extension – but right now I can’t help but feel Raw’s roster outclasses SmackDown’s roster in every way. And after looking at the draft board, you’ll see why.

This wasn’t exactly a preview for Battleground this Sunday, but I’m not sure anyone expected this program to really be a preview to the next pay-per-view. The WWE Championship was up for grabs in the night’s main event, but other than that, there was really no match of consequence.

Seth Rollins was the first-overall draft pick by Raw, and Dean Ambrose, the current WWE Champion, was the second pick and landed on SmackDown. Because Raw is a three-hour show, they ultimately had more picks than SmackDown Live. Here are the results:

Dean Ambrose defended his title against Seth Rollins in a rematch of Raw’s main event on Monday due to the controversial ending of the match.

Ambrose and Rollins brought the goods again, but the ending left me wondering why exactly they ended Raw on Monday night the way they did if they were just going to have Ambrose pin Rollins clean on SmackDown. That’s exactly what happened as Ambrose retained his title via Dirty Deeds.

Now Ambrose will have to defend his title for the third time in less than a week this Sunday at Battleground. Will he be able to come out of Sunday with his title? If so, it’d be a hell of a week for him.

It’s felt like forever in the making, but Bálor finally made it to the main roster after being drafted by Mick Foley and Stephanie McMahon on Raw.

They also had cameras down at the WWE Performance Center in Orlando to document the reaction.

I can’t wait to see Bálor in the ring every Monday night. That’s going to be special.

The New Day and Wyatt Family face off

Xavier Woods met Bray Wyatt in a one-on-one tilt with The New Day and the Wyatt Family at ringside in their respective corners. Woods’ subtle selling to Wyatt, including being hypnotized for a few moments before the match began, was excellent.

Unfortunately for Woods, Wyatt caught him with a Sister Abigail for the win.

The last stand for The Club?

John Cena and Luke Gallows met in the opening match, as Cena was joined by his teammates for Sunday at Battleground, Enzo Amore and Big Cass, and Styles and Anderson were right behind their guy in Gallows. This would mark one of the last times we’ll see The Club together in WWE television, as Styles was drafted to SmackDown and Gallows and Anderson were drafted to Raw as a tag team.

Battleground will be the last night The Club will be together. Or so we think. Stay tuned.

Cena would pin Gallows after an Attitude Adjustment.

The return of the Crossface Chicken Wing

Darren Young and Zack Ryder teamed up as “The Challengers” to take on “The Champions” in tag team action against Intercontinental Champion, The Miz, and United States Champion, Rusev. The challengers got the win after Young locked in the Crossface Chicken Wing to a huge pop from the crowd and made The Miz submit.

Will that happen Sunday?

• John Cena d. Luke Gallows by pinfall via the Attitude Adjustment. The Club and Enzo and Cass were at ringside for the match.

• Darren Young/Zack Ryder d. The Miz/Rusev by submission after Young made The Miz tap to the Crossface Chicken Wing.

• Bray Wyatt d. Xavier Woods by pinfall via Sister Abigail. The Wyatt Family and New Day were at ringside for the match.

• Chris Jericho d. Cesaro by pinfall via the Codebreaker.