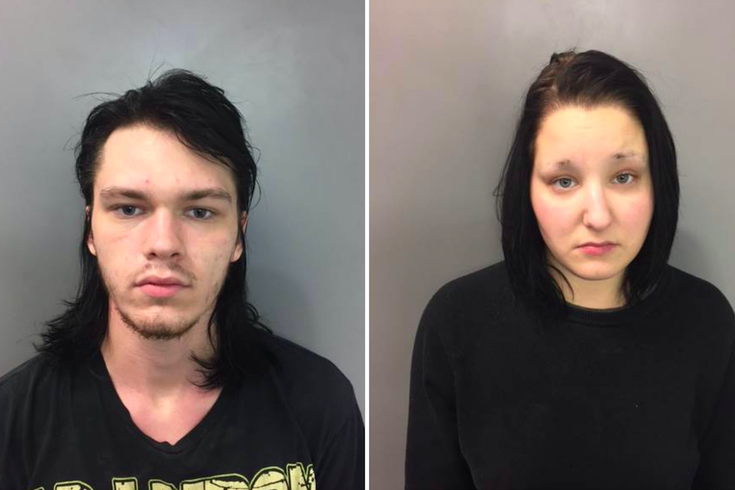 Authorities in Montgomery County have arrested a husband and wife who allegedly stabbed a man to death Monday night after arranging to buy heroin from him in Plymouth Township.

Investigators announced charges Wednesday against Austin Parkinson and Lana Lare, both 20 and from West Norriton, in connection with the murder of 31-year-old Chad Konata, of Collingdale.

Prosecutors said police responded to a vehicle crash shortly before 6 p.m. Monday in the 400 block of Ridge Pike. They found Konata deceased inside his 2012 Buick sedan with multiple stab wounds.

Detectives determined that Parkinson and Lare allegedly arranged to meet with Konata to purchase heroin. Once in his vehicle, the couple stabbed Konata and stole eight bundles of heroin from him, according to prosecutors. The bundles amounted to fewer than 100 doses.

"This murder today is another casualty of the far-reaching opioid epidemic we're facing here in Montgomery County," said District Attorney Kevin Steele. "This man was murdered for about $800 worth of heroin—$800."

Parkinson and Lare are both charged with murder, robbery and related charges. They were arraigned, denied bail and remain held at the Montgomery County Correctional Facility ahead of a Dec. 1 preliminary hearing.