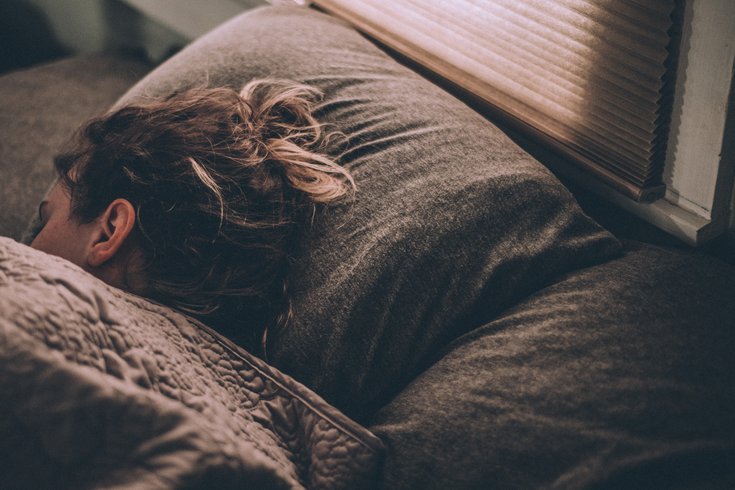 When you go to bed at night and fall into a deep sleep, you dream — and sometimes those dreams can be outlandish, unsettling and make absolutely no sense. While having strange dreams isn’t too uncommon, sometimes they can be linked to your habits, and even your health.

We all experience weird dreams. Keep reading, because there’s a chance one of these reasons could be why.

According to Mental Health Daily, you could be having strange dreams – or even nightmares – because you’re experiencing some type of sickness — like a viral infection or a fever.

But why does this happen? According to Science Focus, when you have a fever, the higher temperature “affects the way your brain works, and fever can produce waking hallucinations and vivid imagery as well as nightmares.” Your increased temperature affects the way your brain operates, even when you’re in the middle of a sound sleep, and because of this, your brain’s activity increases, resulting in weird and unusual dreams.

If you’re having strange dreams that all follow a common theme — such as missing a plane or your car getting stolen — this could be a sign that you’re experiencing too much stress. Don’t ignore these “stress” dreams – they are most likely trying to tell you something! Instead, track them, because it’s possible they can help you figure out what exactly is stressing you out.

If you haven’t been sleeping well, there’s a high possibility that your lack of sleep and bizarre dreams are linked. If you didn’t sleep well last night, this may cause you to have weird dreams tonight because you’ll be experiencing “a more intense REM sleep the following night, known as REM rebound,” according to Dr. Robert S. Rosenberg. And because of this, your dreams will be even more intense.

This may seem counterintuitive — if you’re not getting enough sleep, you would think your dreams would be boring and dull. But due to the loss of quality sleep the previous night, your brain wants to catch up and does so by “engaging in longer periods of REM,” according to a 2005 study.

If you’re trapped in terrible sleeping patterns and want your weird dreams to stop, then try getting to bed early and giving yourself a good night’s sleep.

When you have diabetes, you will most likely know when your blood sugar levels are experiencing a dangerous low. However, a drop in blood sugar can even happen in the middle of sleep, which could explain why you’re having stranger dreams than usual.

If you’ve been having dreams that are even stranger than normal, it could be your body trying to tell you that something is up. Listen to your body, practice good sleeping habits and keep on top of your health.