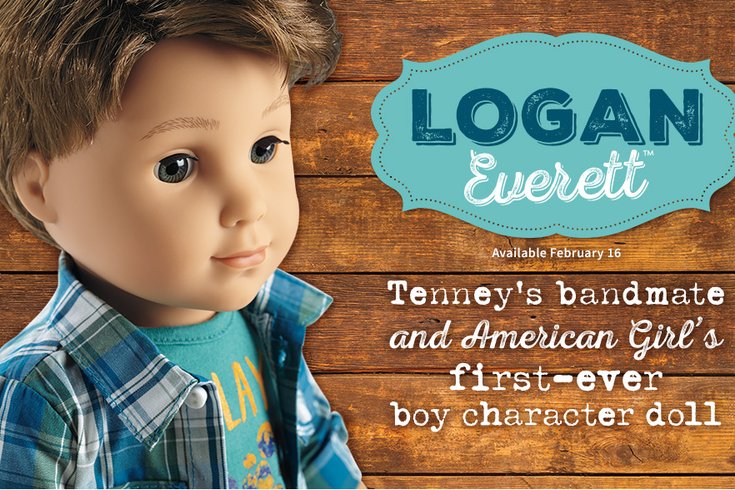 American Girl has announced that it will release its first-ever boy doll for sale on Thursday, Feb. 16.

According to the doll's storyline, the character is a boy named Logan who is bandmates with another American Girl doll making her debut. Tenney Grant's character is a singer and songwriter.

Though Logan is a boy, the American Girl website suggests the brand is still marketing its toys for girls: "Tenney and Logan challenge each other to grow as musicians, and their partnership teaches girls the importance of being open to collaboration and compromise."

American Girl is releasing five new dolls in 2017. One of those is a doll whose character is from Philadelphia.

Also on Thursday, Felicity, one of the brand's most beloved dolls, will make a comeback.