75 percent of crashes occurred between 34th and 45th streets 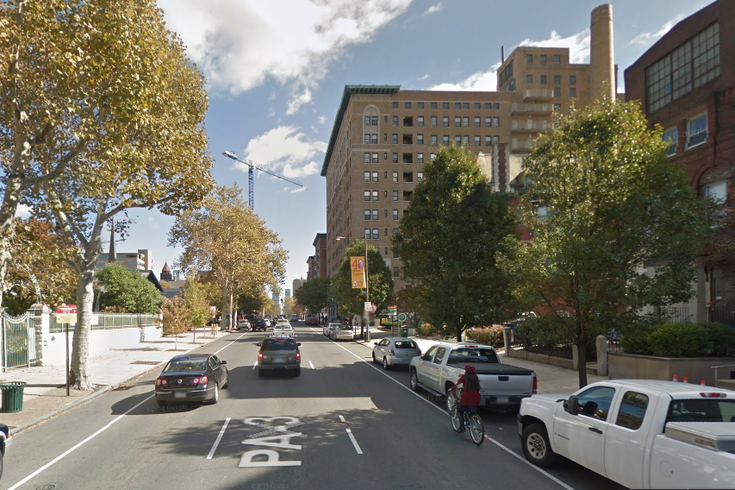 The Philadelphia Streets Department released a study that evaluated Chestnut Street by focusing on the segment between 45th and 34th streets.

A traffic study by the Philadelphia Streets Department found Chestnut Street is the city’s most dangerous corridor when it comes to crashes, at least by one statistic.

The study focused on Chestnut Street between 45th and 34th streets in West Philadelphia, where almost 75 percent of the crashes on the street occurred.

It found, in general, that Chestnut Street has the highest crash rate per mile among all city streets. Between 2011 and 2013, however, there were 92 reported crashes involving vehicles, 19 involving pedestrians and 12 involving bicycles in the studied section.

Next City writer Jonathan Geeting also published an article on Philly's 10 most dangerous intersections and street segments for pedestrians based on crash locations between 2008 and 2012, and part of this stretch of Chestnut Street came in at No. 5.

Pedestrian traffic in this area of Chestnut Street is high due to the number of street-level storefronts and proximity to the Market-Frankford El stops at 40th and 34th streets, Geeting wrote.

The Streets Department looked at putting Chestnut Street on “a road diet” - going from three travel lanes to two lanes – which, it found, would reduce speed, weaving and car crashes, while having the least impact on travel.

Also, unlike Chestnut Street in Center City, the travel lanes are very wide, he added.

To alleviate the dangers, Geeting suggested narrower and fewer lanes and shorter crosswalks, which could help calm traffic speeds and increase mutual awareness between cars and pedestrians.

The Streets Department's study also considered how to curb traffic issues and looked at putting Chestnut Street on “a road diet” - going from three travel lanes to two lanes – which, it found, would reduce speed, weaving and car crashes, while having the least impact on travel.

The travel time would only be increased by 1 minute, the study stated.

In order to move any suggestions forward, City Council would have to pass an ordinance.

To read the full study and commentary by the Bicycle Coalition of Greater Philadelphia, click here.