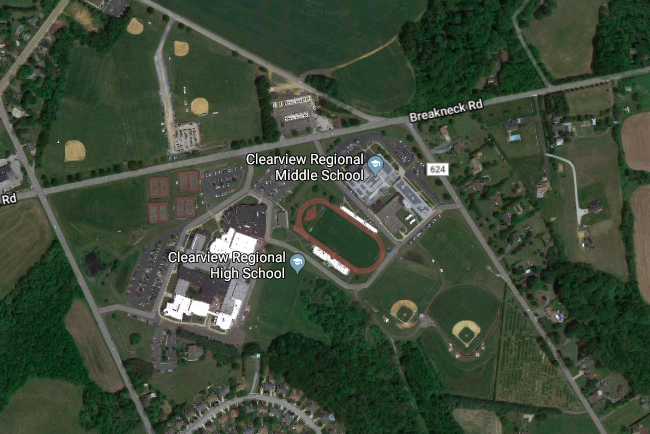 Clearview Regional High School and Clearview Middle School are closed Wednesday after an anonymous threat was made agains the high school, according to officials.

A letter on the website of Clearview Regional School District, located in Gloucester County, New Jersey, says the threat was made against the high school on Wednesday, March 14, the same day students across the region and country are participating in walkouts to protest gun violence.

The protests are in response to the school shooting in Parkland, Florida, that left 17 dead. Clearview students had started an online petition last month urging school administrators to allow them to participate in the nationwide demonstration.

Police used canine units to conduct a sweep of Clearview Regional High School and no weapons were found.

"However, due to the lack of specificity to the threat, we continue to investigate this issue with caution," the letter reads.

Both Clearview Middle School and the high school will be closed for the remainder of the day. District officials are asking anyone with information on the threat to contact the Harrison Township Police Department.