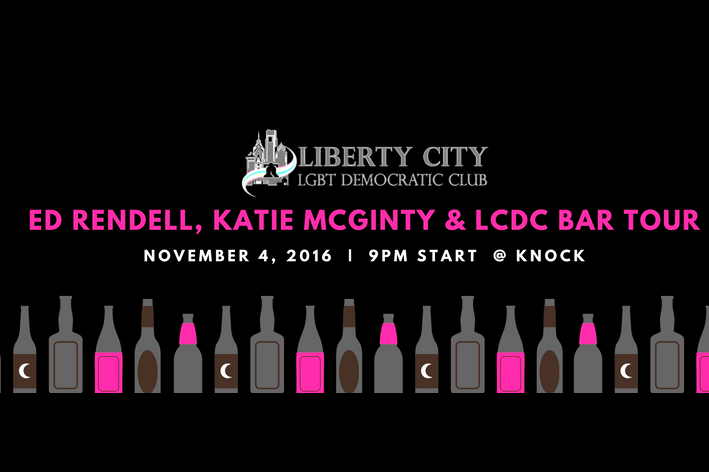 Philadelphia's Gayborhood will be paid a special visit this Friday night by none other than singer Cyndi Lauper, former "Will and Grace" star Debra Messing, Democratic U.S. Senate candidate Katie McGinty and former Pennsylvania Gov. Ed Rendell for an LGBT bar crawl ahead of the 2016 general election.

Sponsored by Liberty City LGBT Democratic Club, the event aims to support the community organization's list of endorsed candidates, including Hillary Clinton, Attorney General nominee Josh Shapiro and more than a dozen people running for the state House of Representatives.

Notably absent from the tour's itenerary is iCandy, which has become the center of a fierce debate about racial discrimination at bars and nightclubs in the Gayborhood after a leaked video showed the bar's owner use the n-word to refer to black patrons. Liberty City is actively boycotting iCandy as the Philadelphia Commission on Human Relations seeks to mediate tensions and eliminate unjust practices.

Over the summer, a Gayborhood fundraising for the victims of the Orlando nightclub shooting was attended by Philadelphia Mayor Jim Kenney, Eagles defensive end Connor Barwin and Equality Florida director Nadine Smith.