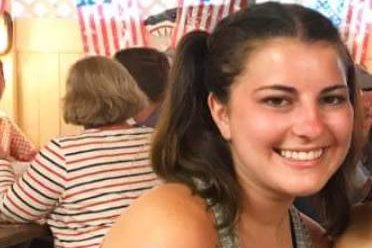 The father of one of four young men murdered in this summer's horrific Bucks County homicide case reached out Saturday to share his condolences with the father of Jenna Burleigh, the 22-year-old Temple University student who was killed last week after a night out at a local bar near the North Philadelphia campus.

Anthony Finocchiaro's 19-year-old son, Dean, was among the four men whose disappearances in July sent shockwaves across the region and beyond. The missing men were later found buried underground on a sprawling farm in Solebury Township, where prosecutors said they were killed after a series of drug deals took a violent turn. Two area men, Cosmo DiNardo and Sean Kratz, both 20 years old, have been charged with murder and related offenses in the case.

In a compassionate gesture, Finocchiaro wrote to Ed Burleigh and the rest of Jenna's loved ones to offer comfort in the wake of her death. 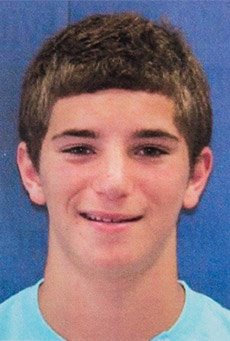 "To the Burleigh family my heart aches for the loss of your child," Finocchiaro commented in response to Burleigh's grief-stricken post on Facebook. "I know what (you're) going through because I lost my child Dean in July to a horrible act of violence. May god help your family get through this. My thoughts and prayers are with you all."

Jenna Burleigh, a junior studying film and media arts at Temple, was reported missing Friday after eating dinner with her father Thursday night in Harleysville, where she had been living and commuting to Philadelphia for school. Police said Burleigh told her dad she planned to go out with friends Thursday night and stay in Philadelphia.

Concerned that he hadn't heard from his daughter, Burleigh drove to Temple Friday morning and discovered she had not attended her scheduled class that day. An ensuing investigation led authorities to a property nearby Temple along N. 16th Street, where police reportedly found blood, narcotics and $20,000 in cash.

Pennsylvania State Police located Hupperterz at his grandmother's home in Hawley, about 140 miles north of Philadelphia, and discovered Burleigh's body at the lakefront property. Police said Hupperterz confessed to "elements of the crime" and that others appear to have been involved in Burleigh's death.

Hupperterz is charged with murder, tampering with evidence, abuse of a corpse, manufacturing with the intent to deliver and related offenses.

Support for Burleigh's father has poured in on Facebook, where more than 1,300 people have commented on his post about the loss of his daughter.

"Our Beautiful Angel Jenna is now in Heaven," Burleigh wrote. "Now I know for sure that you can have a 'broken heart' RIP honey."