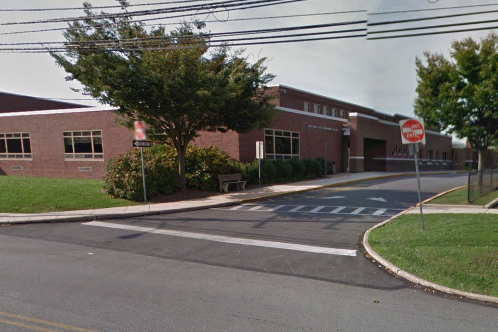 Four middle school boys were charged Thursday for their involvement in a sexting and cyberbullying scandal in the Tredyffrin-Easttown School District, prompting Chester County District Attorney Thomas Hogan to discuss the risks of technology in the hands of teenagers and how parents can be proactive in preventing harmful behavior.

Thursday's charges stem from an investigation launched by the Tredyffrin Township Police Department in April of this year, when authorities discovered multiple videos and photos being circulated by students at Valley Forge Middle School and Tredyffrin Easttown Middle School.

The four juveniles in the case were charged with criminal offenses including sexting, harassment, illegal use of a communications facility, and transmission of obscene materials.

At a press conference, Hogan discussed how the boys in the case, ages 11-15, not only obtained, shared and created pornographic material, but actively bullied their 13-year-old victim. He also demonstrated how some teens nationwide have turned to sophisticated technology to hide their activity, using a dummy smartphone app that appears as a calculator but can be unlocked with a passcode to access a vault of photos.

"This case started with a 13-year-old boy dating a 13-year-old girl," Hogan explained. "He started pestering her for racy photos. She told him she didn't want to do it, but he kept pressuring her. Eventually, she gave in and sent three photos, one of cleavage, one of a breast and one of a Victoria's Secret model, to fool him."

When the couple later broke up and the girl began to date someone else, the boy took revenge by sharing the photos with his friends. In one case, a boy superimposed an image of the victim on another pornographic video to make it appear as though the she was involved. Police said some of the images were taken with a cell phone's location services turned on, potentially exposing juveniles to child predators who can find home addresses using that data.

As images of the victim spread via social media posts and cloud storage, she was swept into a cycle of cyberbullying and physical bullying that led to other students isolating, taunting and excluding her.

On Thursday, a Chester County Assistant DA read a statement prepared by the victim – now a student at Conestoga High School – encouraging other victims to find strength and seek support.

Bullying and harassment are never okay on any level, nor is supporting bullying! If you are being bullied, don't be afraid and don’t lose hope, you are stronger than you think. Ask for help. There are people at school and at home who will help you.

Conestoga is my school. It is a great school and shouldn't be judged because of a few people who did bad things. My school should be admired for the many awesome students and terrific teachers who are willing to stand up and do the right thing.

The four boys in the case charged will probably be subject to counseling and potential placement in a program focused intensively on rehabilitation, Hogan said.

'Save them from themselves'

In an interview with PhillyVoice, Hogan elaborated on the broader problem of minors exchanging sexually explicit files.

"There are two things driving this," Hogan said. "One is technology. In every kid's pocket there are all the capabilities of a full-scale movie production studio. That was simply not possible 25 years ago. The other issue is kids are getting desensitized because they're seeing it everywhere. I've seen shows where people joke that every celebrity has a sex tape somewhere. Kids absorb that."

With greater prevalence of pornography and a sense that it's normal, some kids fail to understand the seriousness of the consequences, both for victims and for themselves.

"We really have to drive home to students how damaging this can be in the short- and long-term," Hogan said. "It's an ongoing battle with teenagers. Their inhibitions are not really fully formed."

At the Chester County Prosecutor's Office, Hogan is considering the option of imposing a parole condition on violators that would cut out their cell phone use except to call parents. This would illustrate the impact that cell phones have on their day-to-day lives, particularly for important and productive types of communication. To use the phone for a destructive purpose at the cost of losing it for everything else is a deterrent.

But as a matter of prevention, Hogan said it comes down to responsible parenting and educators warning of the risks.

"The challenge is convincing parents to be more stringent in monitoring their kids' phone usage," Hogan said. "They should have their kids' passwords and check on what their kids are doing. There are apps that can inform parents about what kids download. Is it uncomfortable? Yes. Teens absolutely view it as an invasion of privacy...."

The same applies to cases dealing with the exchange of nude photos, Hogan said. Parents need to ask themselves if they would rather see their kids get exposed, end up in trouble or get hurt in a lifelong manner than confront them to find out what's going on in their lives.