Is Joe Goldberg from 'You' actually Dennis Reynolds from 'It's Always Sunny in Philadelphia?' 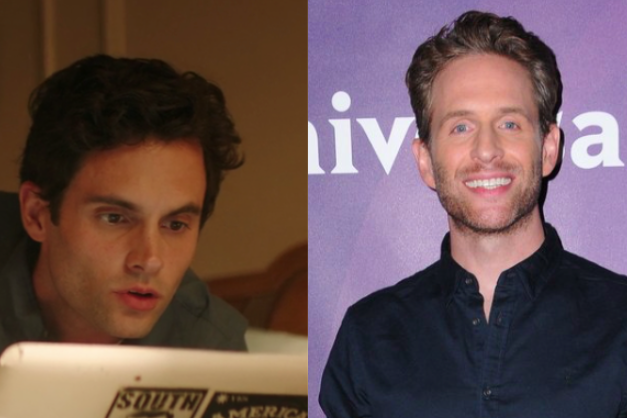 After 13 seasons of "It's Always Sunny in Philadelphia," each member of the Gang has left a distinct impression on us. You can't mistake it when you see their (mostly) terrible influence on the world.

One of TV's hottest new show's is the Lifetime-turned-Netflix series "You," a bingeworthy examination of the fine line between love and obsession.

The similarity has not been lost on fans of both shows, who are pointing out the parallels on Twitter.

I'm finally watching You on Netflix, and Joe reminds me of Dennis Reynolds, especially from when they were on that ship. #YouNetflix #ItsAlwaysSunny pic.twitter.com/Hn6sPCJcT7

Joe from #You is the bulb of a younger Dennis Reynolds, who is bringing the https://t.co/ueIndMEV5j system to another level entirely.

The D.E.N.N.I.S. system, of course, is Reynolds' patented method of gaining the trust of women in order to sleep with them and then ditch them, as explained in the clip below.

What's more, it seems that Howerton and Badgley have spent some time together in real life.

Netflix will take "You" into future seasons now that the series has caught fire with streamers. Finally, we'll all be able to see how horrific the D.E.N.N.I.S is in practice, and hope that it fails miserably.