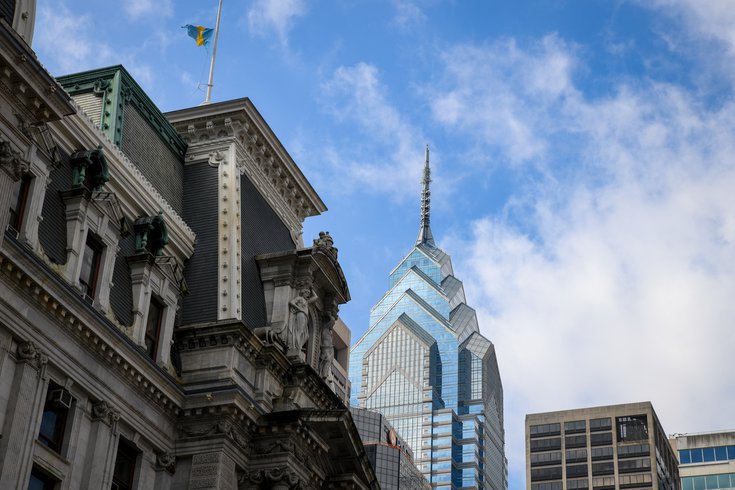 Philly will have over 700 polling places open on Election Day, city officials said in an open letter to residents.

Pennsylvania's election results are not expected to be called Tuesday due to the record number of voters submitting mail-in ballots.

Given a likely delay in results, and the critical role Pennsylvania could play in determining the presidential election, Philadelphia Mayor Jim Kenney and City Commissioner Lisa Deeley are asking residents to remain patient as ballots are counted.

"Patience brings calm," Kenney and Deeley wrote in an open letter Monday. "We know all Philadelphians have been through a difficult year, and you know the importance of this election.

"If you should encounter frustrating or difficult situations on Election Day, let your inner strength guide you. Stay calm, stay respectful, stay above the fray. With your help, we are confident that our city will shine as an example of how to run an election right."

Pennsylvania is among several important battleground states that could determine whether President Donald Trump is re-elected. And the mail-in ballots could determine which candidate receives the state's 20 electoral votes.

In September, a FiveThirtyEight analysis found Pennsylvania may be the country's most important swing state. Polling indicates the race is close. Joe Biden, the Democratic nominee, leads Trump by an average of four points in the state, according to Real Clear Politics.

Despite all the mail-in ballots, city officials are still expecting a strong in-person turnout and long lines at the polls on Election Day. The lines may appear even longer due to the social distancing protocols being implemented at the city's 718 polling places.

Kenney and Deeley asked residents to be kind to the poll workers and voters waiting in line.

"The people working your voting station and waiting with you are your neighbors," they wrote. "They are doing their best. And remember that so long as you are in line by the time the polls close at 8 p.m., you will be able to vote."

The officials said the election comes down to "fairness, integrity, access and accurate results."

"They are not empty words or phrases," Kenney and Deeley wrote. "They are the core of what we are trying to accomplish."

The public is encouraged to report any potentially criminal attempts to interfere with voting and election activity by calling the District Attorney Office’s Election Task Force hotline at (215) 686–9641.

Mail-in and absentee ballots must be postmarked by no later than Tuesday in order to be counted. Voters are urged to deposit them in an official ballot drop box or return them to their county's election offices.

Locally, there are satellite election offices in Philadelphia, as well as in Delaware County, Chester County, Montgomery County and Bucks County.

They also can be returned using the U.S. Postal Service, but ballots must be postmarked no later than Tuesday. But election officials have recommended voters avoid mailing their ballots due to USPS delays.

Any ballot that arrives after polls close but before 5 p.m. Friday will be segregated and counted separately. Those that arrive after that deadline will not be counted.