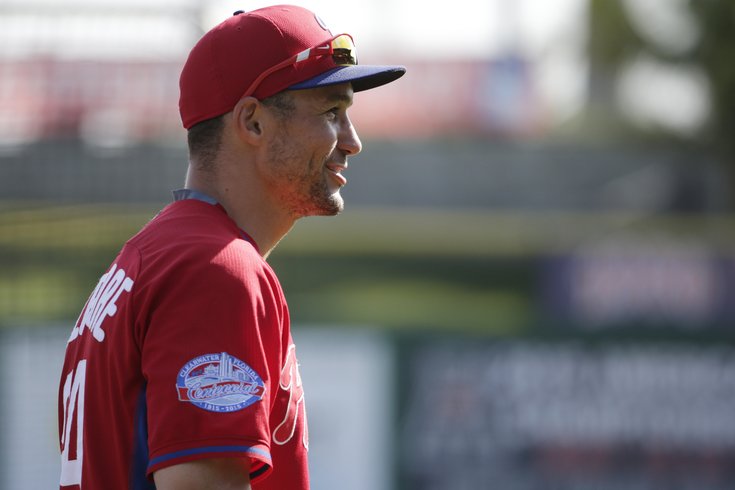 Grady Sizemore had three hits and an RBI for the Phillies.

Mets fans didn't waste much time this season stating their case as the worst baseball fans. It didn't even take four innings.

The Phillies were the first to face the Mets at home in 2015, as they opened a three game series Monday at Citi Field in New York. In the bottom of the fourth inning, Phillies outfielder Grady Sizemore got caught in a shower despite a beautiful forecast with no rain anywhere in the area.

That's because the liquid that dampened the right fielder was beer, thrown by a Mets fan seated behind the outfield wall.

With one out and the bases empty, Mets second baseman Daniel Murphy hit a double to deep right field, and when Sizemore went to pick the ball up, he was greeted with a surprise beer to the face.

Not only is he wasting alcohol doing something that will get him kicked out of the ballpark, if not worse, but those beers -- as well as the seats he was in -- are expensive.

Murphy would later score to give the Mets a 1-0 lead over Aaron Harang and the Phillies.

Apparently, opposing fans have a thing for dumping their beverages on Phillies outfielders. In 2009, Shane Victorino had a beer poured on him while trying to catch a fly ball at Wrigley Field.

Eventually, that fan was charged with battery. Only time will tell if the above Mets fan will face similar charges.

Noted Mets fans Jerry Seinfeld and Larry David* were in attendance, but it doesn't appear either of them were involved in the beer tossing.

*New Daily Show host Trevor Noah was also spotted in the box with Seinfeld and David. 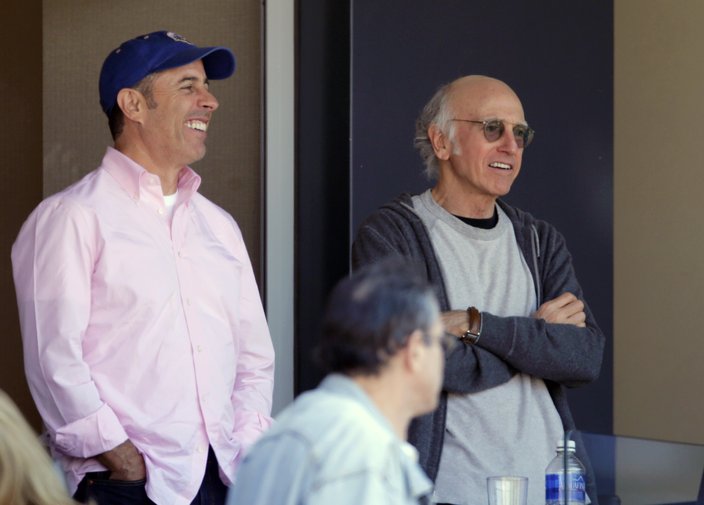 Speaking of Larry David and sporting events, he has been known to interact with, and even injure, players during the game: