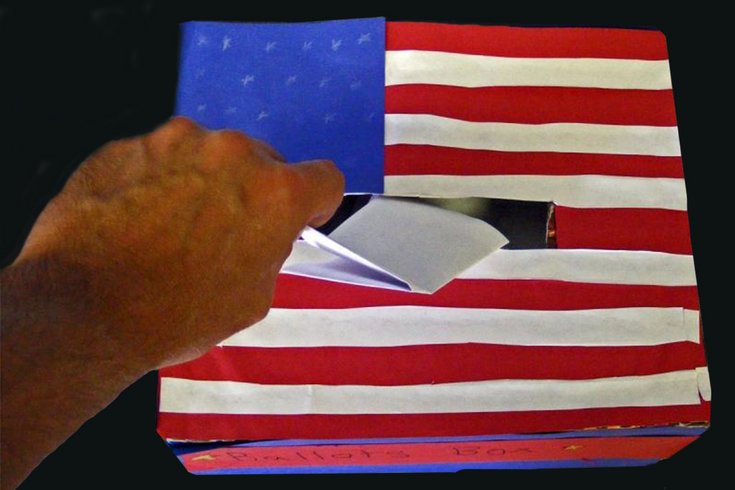 The polls are open.

The midterm elections are underway, and Pennsylvania and New Jersey have a number of congressional seats in play as Democrats try to pick up 23 seats nationwide to retake the U.S. House.

Other key races include the senior U.S. senators in each state seeking reelection.

Polls are open until 8 p.m. in both Pennsylvania and New Jersey. Voters in line by that time are allowed to cast their ballot no matter how long the queue.

There are other big races in Pennsylvania, including for governor and lieutenant governor, and a good number of contested seats in the state legislature. In Philadelphia, a ballot question will ask voters to approve the borrowing of $181 million for capital improvements and projects. In New Jersey, a ballot question seeks approval to borrow $500 million for school improvements.

Here's a list of voter resources and other helpful information:

Polls in Pennsylvania and New Jersey are open until 8 p.m. on Tuesday. Anybody in line by that time  must be allowed to vote.

DO I NEED TO SHOW ID TO VOTE?

You are not required to show photo ID to vote in Pennsylvania if you are voting at a poll where you have voted previously. In fact, poll workers are not permitted to ask about it.

If you are a first-time voter or voting at a new poll location for the first time, then you are required to show either photo or non-photo identification.

Approved forms of Photo ID include:

• ID issued by any agency of the Commonwealth or U.S. Government

Approved forms of non-photo identification must include your name and address:

RELATED READ: Hospitalized on Election Day? Here's how you can still vote

• Non-photo ID issued by any agency of the Commonwealth or U.S. Government

The Voter ID law as it pertains to absentee voting was not challenged legally and remains in effect.

• If you've voted in New Jersey before, you don't need to provide ID to vote.

• If you're voting for the first-time in your county, registered to vote by mail, and didn't provide an ID number or copy of ID when you registered, you must show ID to vote. Acceptable forms include: NJ photo or non-photo driver's license; military or other government ID; student ID; employee ID; store membership card; US passport; or bank statement, car registration, government check or document, rent receipt, sample ballot, utility bill, or any other official document.

• Voters without ID: If you are unable to provide ID, you will be able to cast a provisional ballot.

Uber, Lyft and Indego are all offering free or discounted rides to the polls.

You'll probably need to take an umbrella to the poll. The National Weather Service forecast calls for showers and possibly a thunderstorm before 3 p.m., then showers likely. Some storms could produce gusty winds and heavy rain. Patchy fog before 8 a.m. High near 68. Light and variable wind becoming south 6 to 11 mph in the morning. Winds could gust as high as 25 mph. Chance of precipitation is 90 percent.

• BBC will broadcast from McGillin's during coverage of the midterm elections

PhillyVoice will have election results after the polls close. Join us then.